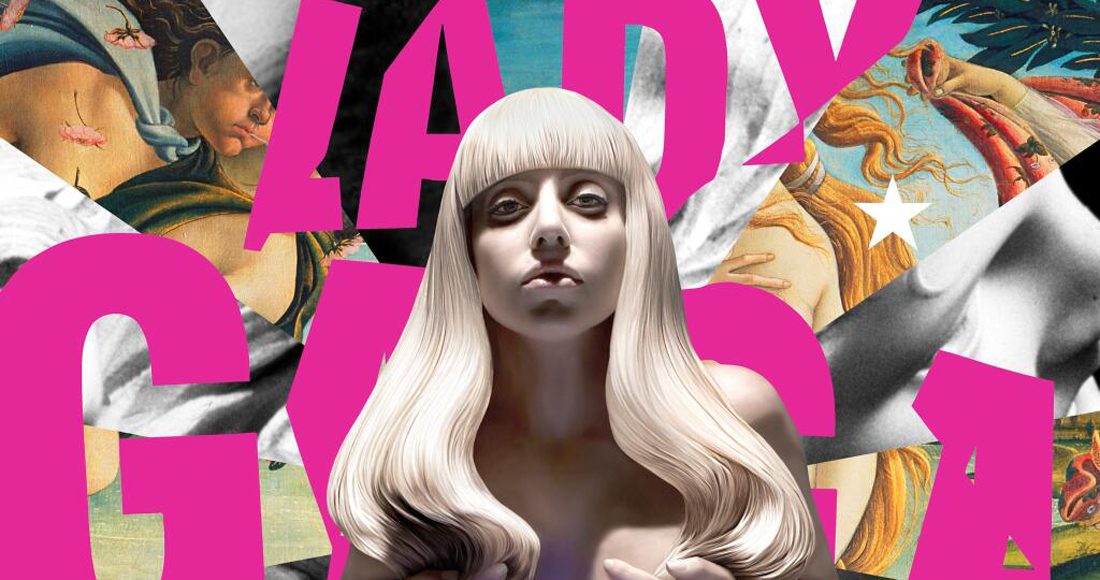 Gaga has gone from rocking sea shells and beige briefs on X Factor recently, to a date with ‘Dot Cotton’ on the Graham Norton Show sofa, and now Miss Germanotta topples Eminem to take up residency on this week’s Official Albums Chart throne with ARTPOP.

The second highest new entry of the week comes courtesy of Queen Celine. Celine Dion is back with her eleventh English language album, and first UK Top 10 hit in more than a decade. Loved Me Back To Life (Number 3), is the Canadian singer’s highest charting album since 2002 chart-topper A New Day Has Come.

In addition to Lady Gaga’s ARTPOP (Number 1), Celine Dion’s Loved Me Back To Life (2) and Little Mix’s Salute (4), there are seven other new entries on today’s Official Albums Chart.

The Killers best of collection, Direct Hits, is new in at Number 6, while Sir Cliff Richard’s The Fabulous Rock ‘N’ Roll Songbook - which sees the chart legend revisiting his rock ‘n’ roll roots for his 100th album - is a new entry Number 7.

Official Chart Fact: With Elvis Presley perched two places above at Number 5 with The Nation’s Favourite Elvis Songs, this week is the first time in 36 years that Elvis and Sir Cliff have been reunited together in the Official Albums Chart Top 10! The last time they were both in the Top 10 was October 1977 when Cliff Richard & His Shadows were at Number 5 with 40 Golden Greats, and Elvis’s Moody Blue was at Number 8.

English tenor Alfie Boe racks up his fourth consecutive Top 10 album with Trust (8), while Keane’s new collection, The Best Of, debuts at Number 10. The Beatles’ On Air - Live At The BBC Volume 2 is new in at Number 12 - the album features 63 previously unreleased tracks from The Fab Four’s 1963-64 BBC Radio broadcasts.

Meanwhile, Daniel O’Donnell notches up his 30th UK Top 40 album with A Picture Of You (Number 16). The Irish singer/songwriter has achieved at least one Top 40 album every year since 1991, which is an Official Chart record. This week’s new entries are completed by Russell Watson’s Only One Man (Number 17).

Check out Lady Gaga performing Do What U Want at VEVOartRave in Brooklyn, New York last week.