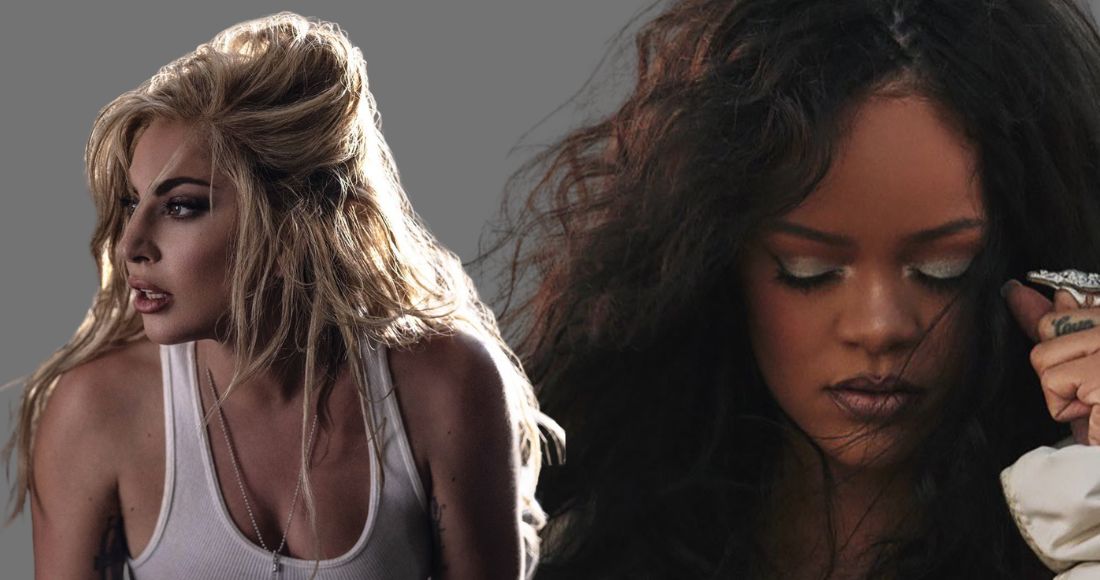 Lady Gaga and Rihanna have received nominations for Best Original Song at the 2023 Oscars.

In nominations announced this afternoon by Riz Ahmed and Allison Williams, Gaga and Rihanna were named as two of the five nominees, which also includes cuts from hit films such as Everything Everywhere All At Once and Bollywood smash RRR.

Lady Gaga gains her fourth Oscar nomination overall for Hold My Hand, the emotive 80s synth-ballad taken from blockbuster Top Gun: Maverick starring Tom Cruise. Gaga was previously nominated for Best Original Song in 2016 for Til It Happens To You and 2019 for A Star Is Born's Shallow, as well as a Best Actress nomination for that film the same year.

Gaga did triumph in 2019, although she was passed up in favour of Olivia Colman for Best Actress, she did nab the Oscar for Shallow, her first win the competition.

This year's Original Song nominees are music to our ears. #Oscars #Oscars95 pic.twitter.com/peKQmFD9Uh

Rihanna, meanwhile, earns her first ever Oscar nod for her graceful comeback track Lift Me Up, taken from Black Panther: Wakanda Forever.

In a little quirk, the actual performers of Best Original Song are not nominated, just the writers and producers (so Applause from Like A Woman sees a 14th nod to Diane Warren, but none for the star who performed it, Sofia Carson). But luckily - Gaga and Rihanna both hand in the creation of their respective songs, so earn a nod each.

Gaga wrote Hold My Hand with frequent collaborator BloodPop, and the two produced it alongside Benjamin Rice (who also won an Oscar in 2019 for helping to compose Shallow).

Lift Me Up was written by Rhianna, Ludwig Goransson and the singer Tems, alongside Black Panther director Ryan Cogler, with production by Goransson.

As for their history on the Official Singles Chart, Lift Me Up charted the higher of the two, given it was the much-buzzed return of Rihanna after years of musical silence. Lift Me Up debuted and peaked at Number 3, while Hold My Hand was something of a sleeper hit given Top Gun: Maverick's summer box office success, eventually peaking at Number 24.

Other nominees include the first ever Bollywood single to be nominated for Best Original Song, Naatu Naatu, as well as This Is A Life, taken from the A24 sleeper hit Everything Everywhere All At Once.

This year's Oscars will take place on March 12 2023, and given that it's standard practice for each Best Original Song nominee to get a performance slot on the night, we'll see Gaga and Riri take to the stage.

Applause from Tell It Like A Woman (performed by Sofia Carson, written by Diane Warren, produced by Damon Elliott)