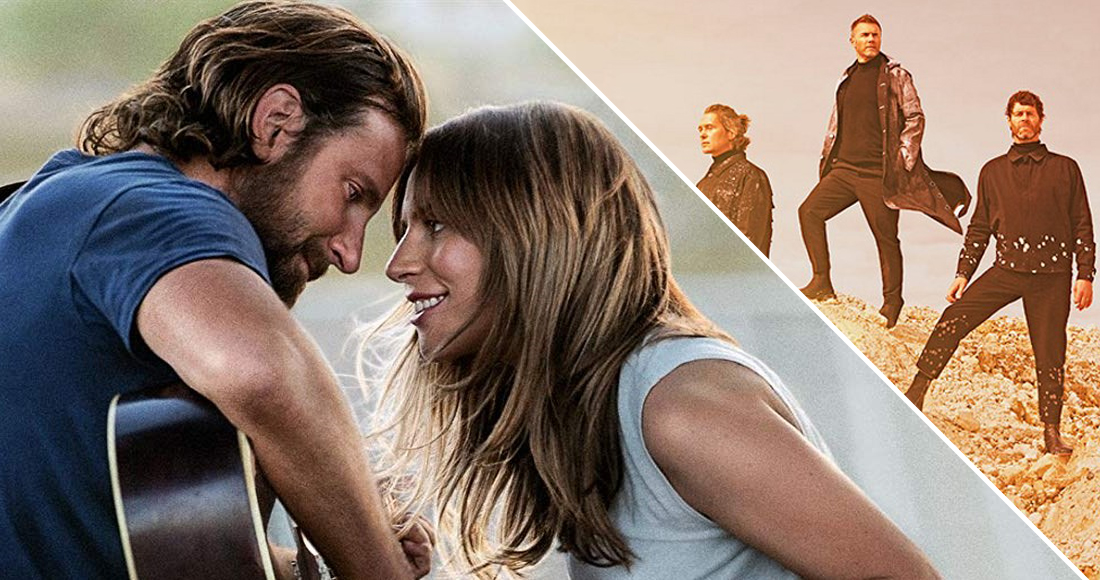 Lady Gaga and Bradley Cooper have stopped the likes of Queen, Little Mix, Gavin James, Michael Buble, Nathan Carter, Mumford & Sons and Twenty One Pilots in their reign at Number 1 on the Official Irish Albums Chart, and this week the pair add Take That to that list.

The Motion Picture Cast Recording to the Oscar tipped film was the best-selling album on physical and digital formats of the past seven days, and secures an eighth week at the top with a lead of 900 combined sales ahead of its nearest competition.

Take That bow at Number 3 with their reimagined greatest hits Odyssey, which earns them their 10th Top 10 placing.

Gavin James’ Only Ticket Home returns to the Top 10 at Number 9, plus there’s a big uplift for Kodaline – The Politics of Living rises 11 to Number 12. Meanwhile, Billie Eilish’s debut EP Don’t Smile At Me surpasses the peak position it set two weeks ago, rising to Number 15.

Rita Ora’s first album in six years Phoenix enters at Number 20, ahead of Dummy Boy, another new entry from 6ix9ine at Number 24.

More Irish artists rocket up the Top 50; Christy Moore’s former Number 1 On The Road rebounds at Number 28, and Tommy Fleming’s live shows catapult his latest release Voice of Hope II back into the chart to Number 31.

Big Tom’s first posthumous album The Pleasure Has Been Mine featuring unreleased recordings and live tracks debuts at Number 41, and finally, The Essential from Michael Jackson moonwalks into the Top 50 again at 48.