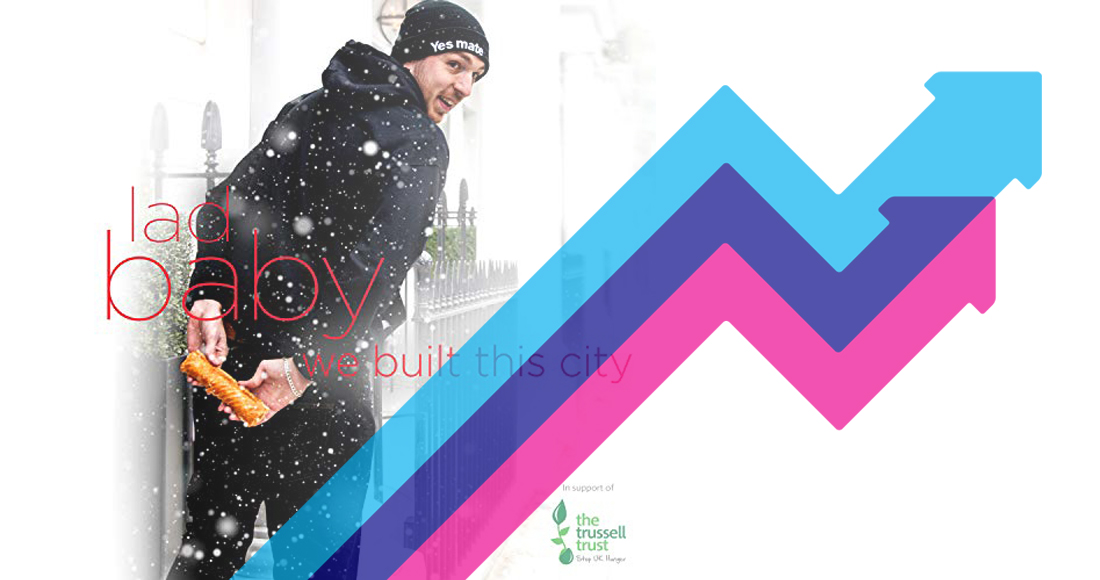 YouTube sensation LadBaby leads this week's Official Trending Chart as his track We Built This City is firmly in the race for 2018's Official Christmas Number 1.

LadBaby, aka 'dad blogger' Mark Hoyle, has recorded his own version of Starship's 1985 hit as an ode to sausage rolls - rather than rock and roll.

We Built This City is locked in a close battle for the festive top spot with Ava Max and Ariana Grande, currently at Number 2 in the latest chart update. Proceeds from sales of the song go to food bank charity The Trussell Trust.

Celebrating his midweek chart position, LadBaby told OfficialCharts.com: "Yes maaaaate! Who would have thought it? A sausage roll song being sung by a Nottingham lad would be sitting at Number 2 in the Official midweek Singles Chart?! What a fantastic achievement and great START… but let’s not stop there!!

"Let’s pinch that Number 1 spot from the global mega stars, eat our own body weight in sausage rolls AND most importantly raise even more money to support the amazing UK food banks charity Trussell Trust this Christmas!

UK…I BELIEVE IN YOU, WE CAN DO THIS!!!! #LadBabyForNumberOne".

More songs in the running for the festive crown feature in this week's trending Top 20: Ariana Grande's brand new track imagine, Light Up by Flakefleet Primary School, recorded in support of The Alzheimers Society, and a cover of Do They Know It's Christmas by a group of fire service people called The Fire Tones. Read more on this year's Christmas Number 1 contenders here.