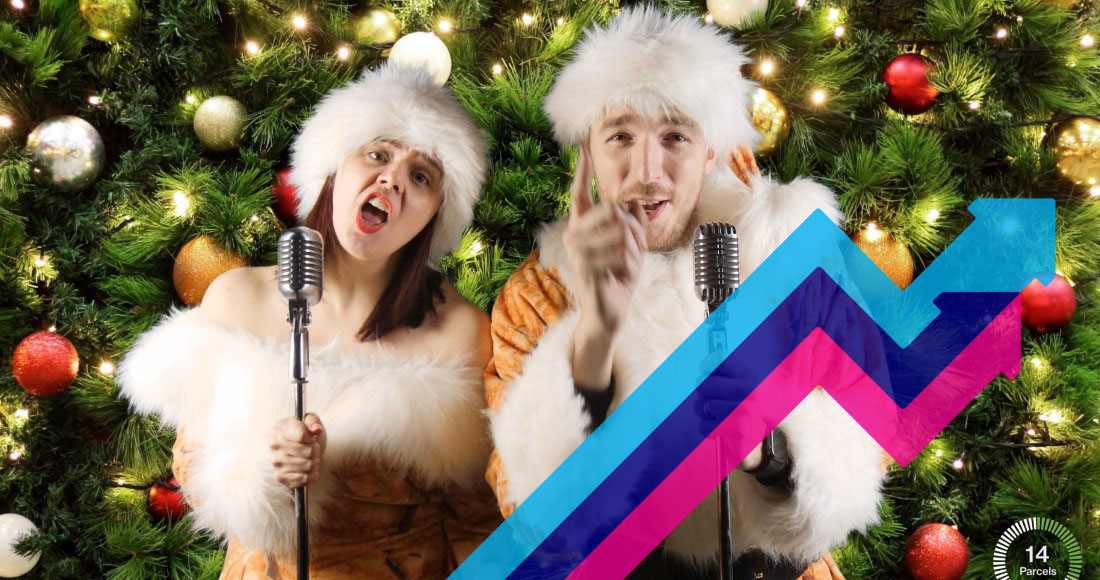 The social media influencer's third single, Don't Stop Me Eatin' is currently the frontrunner for this week's Official Christmas Number 1 - if it manages the feat it will mark Ladbaby's third consecutive Christmas Number 1. The song, which is a parody cover of Journey's Don't Stop Believin' could potentially be boosted further following the release of a new version featuring Ronan Keating.

Further down, The K**ts' own attempt at Christmas Number 1 makes its entrance on the Trending Chart, landing just ahead of Liam Gallagher's All You're Dreaming Of, which has flown 48 places since last week following its release on vinyl. All proceeds of AYDO are going to the Action For Children charity, and if the song stays on track it will land a brand new peak in the Top 20.

Eminem claims two places on this week's chart following the release of Music To Be Murdered By - Side B, which is a companion to his Number 1 album from the beginning of 2020. Tracks Gnat and Black Magic ft. Skylar Grey are currently proving the most popular entries on the new release.

Finally, big climbers come from the likes of Sam Smith, Jamie Cullum, Becky Hill, Griff and Justin Bieber - the latter of whom has seen a 14 place surge in just 48 hours with Rockin' Around The Christmas Tree, potentially jetting towards a Top 10 entry on this week's chart.