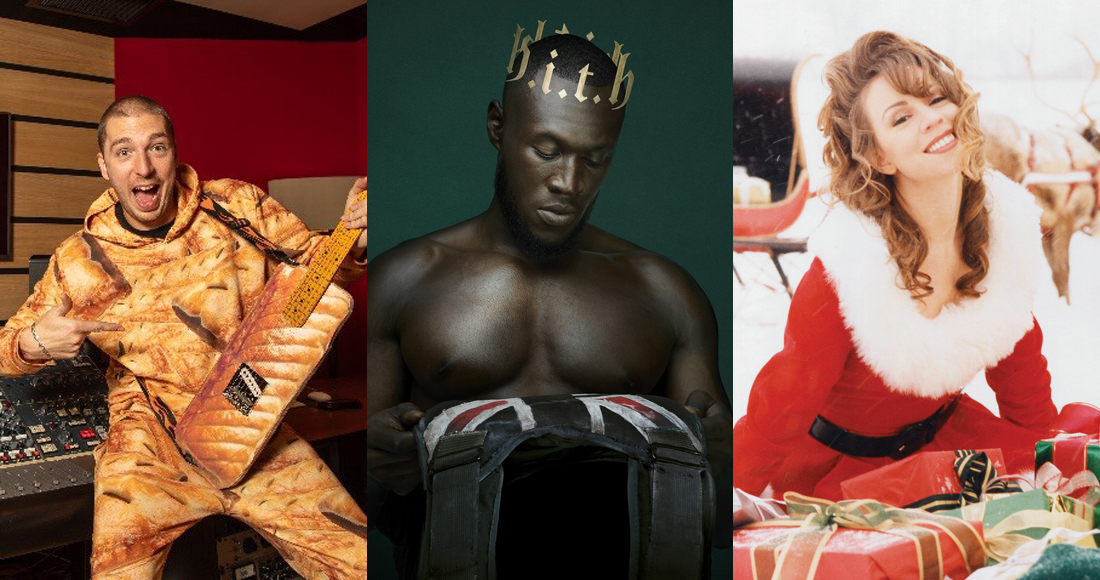 Two days in to the chart week and LadBaby takes a strong lead on downloads, the sheer streaming power of his closest rivals however means the gap could close significantly throughout the week.

With less than 2,000 copies separating Stormzy, Wham! and Ellie Goulding, things could shuffle around as the week progresses. It is well and truly all to play for over the coming days ahead of Friday’s final whistle.

If LadBaby does maintain his lead, he will be the first artist to score consecutive Christmas Number 1s in over 20 years, since the Spice Girls, who famously triumphed three years on the bounce in 1996 to 1998 with 2 Become 1, Too Much, and Goodbye.

Martin Talbot, Chief Executive, Official Charts Company comments “As we enter the biggest week of the year, the race for Official Christmas Number 1 is underway - and it looks as though it could well be a sausage roll Christmas once again. LadBaby’s latest sausage song is a genuine banger and is already looking like the track to beat - with Stormzy, Ellie Goulding and Wham! all in his wake.”

In its 25th anniversary year, Mariah Carey’s festive classic All I Want For Christmas Is You proves its enduring appeal - though it's never been Christmas Number 1, it is the UK's most streamed track of the week so far, riding high in sixth place after two days. Could it climb even higher before the week is out? Take a look at our Official Chart Flashback, remembering the chart battle that saw All I Want For You kept off Number 1 by East 17.

An ode to XFM presenter Chris Moyles, is hoping to follow in the footsteps of Dominick The Donkey - the track that the then Radio 1 Breakfast DJ championed all the way to Number 3 during Christmas 2011. This time around, ‘Merry ChrisMoyles Everyone’ an original song by Matt Hulbert opens in the Top 40 at Number 37.

The Christmas Number 1 race runs from Friday 13 December through to 11.59pm Thursday 19 December. The Top 40 will be counted down exclusively on BBC Radio 1’s The Official Chart with Scott Mills from 4pm Friday 20 December, crowning the winner of the Official Christmas Number 1 2019. The full Christmas Official Singles Chart and Official Albums Chart will be published on OfficialCharts.com from 5.45pm.