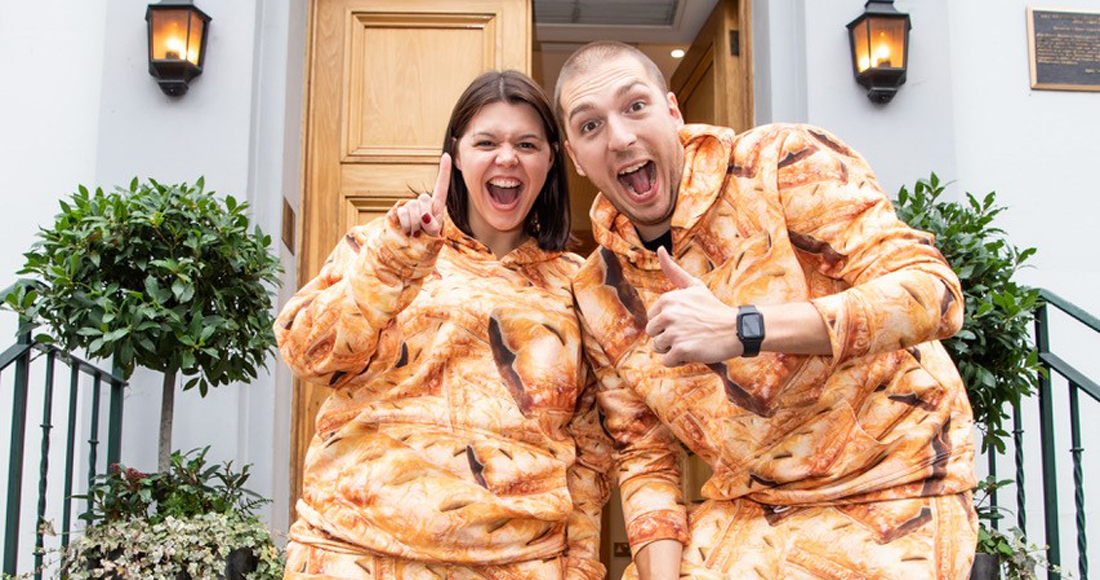 It seems that lightning could strike twice for LadBaby: the dad-blogger YouTuber and his family are one of the strongest contenders for this year's Official Christmas Number 1 - potentially their second in a row.

Following last year's festive chart-topper We Built This City (On Sausage Rolls), Mark Hoyle, his wife Roxanne and their two sons are having a second punt at the Christmas top spot, this time with I Love Sausage Rolls - a twist on Joan Jett's I Love Rock 'n' Roll. Both songs are to raise money for foodbank charity The Trussell Trust.

The song is Number 1 on this week's Official Trending Chart, the Top 20 songs that are climbing but have yet to impact the Official Singles Chart Top 10. In the latest sales flash, I Love Sausage Rolls is on course to debut at Number 1. However, the week of the Official Christmas Chart is especially unpredictable; so the Christmas Number 1 - announced on Friday, December 20 - isn't quite theirs yet.

"The thing that always sticks out for me is that BBC article saying we wouldn't do it," LadBaby tells us over the phone, remiscing about last year's Christmas Number 1. "At the time I remember just being gutted because I thought they knew more than I did. In the end we used it to our advantage - it rallied people to make it happen.

"Hopefully I've re-inspired a bit of magic with the Christmas Number 1. It seemed campaigns of this sort weren't really possibly any more. We didn't think it was possible either."

Discussing the song's impact on his family's life and career, he admitted: "I am now the sausage roll man everywhere I go now - probably more than I am LadBaby. Our following across all platforms has also gone up dramatically, which is incredible.

"More importantly I hope it's helped bring attention to the Trussell Trust. We spent some time with those guys recently and it really is very humbling to see what we achieved with them."

Elsewhere on this week's Official Trending Chart, Stormzy makes two entries with tracks from his newly released album Heavy Is The Head. Audacity ft. Headie One and Lessons are currently proving the record's most popular songs outside of current single Own It.

Harry Styles also features twice with songs from his new album Fine Line; latest single Adore You and Watermelon Sugar are both on course to finish inside the Official Singles Chart Top 40 this Friday.

Listen to the Official Trending Chart on Spotify: