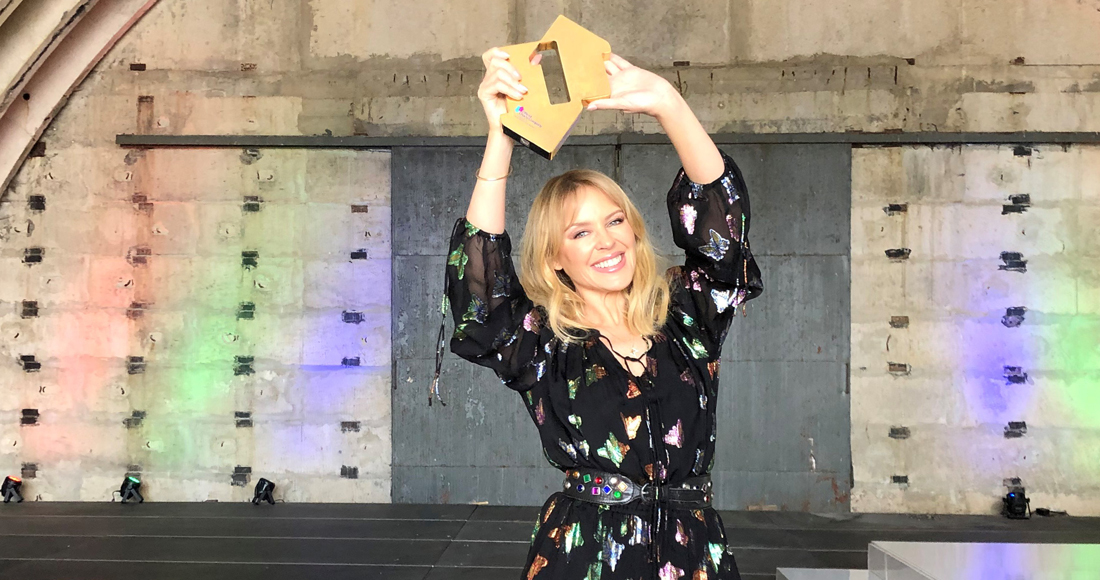 Congratulations to Kylie Minogue, who lands straight in at Number 1 on this week's Official Albums Chart with her greatest hits collection Step Back in Time: The Definitive Collection.

It means Kylie collects her seventh chart-topping album in the UK, following last year's Golden hitting the top spot in April. Last week she performed a selection of her biggest hits at Glastonbury in the coveted Sunday 'legends' slot. Watch Kylie get surprised by the news backstage:

Kylie joins the likes of Coldplay, Elton John, Barbra Streisand and Take That on seven Number 1 records, while the only female artist to have more is Madonna on 12.

Step Back in Time features all seven of Kylie's UK chart-topping songs and a further 23 Top 10 hits. The record also takes the top spot on this week's Official Vinyl Albums Chart and was the week's best-selling album on cassette.
See Kylie's full Official Chart history here. 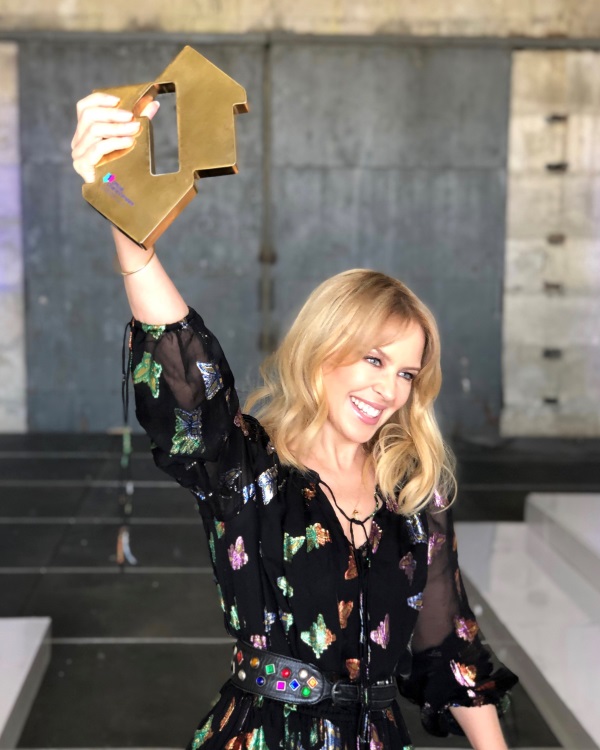 MORE: Female artists with the most Number 1s on the Official Albums Chart

Further down, K-Trap's No Magic opens at 33, and the Motion Picture Cast Recording of the Beatles-themed film Yesterday climbs 28 places to Number 40.

Aside from Kylie, more acts are enjoying a post-Glastonbury boost. The Killers' Direct Hits zooms 49 places to Number 6, a week-on-week combined sales uplift of 323%, while their 2004 debut Hot Fuss re-enters at Number 39.

Dave's debut Psychodrama lifts 13 places to 27, no doubt boosted by viral sensation Alex Mann, who Dave brought up on stage during his Glastonbury set.