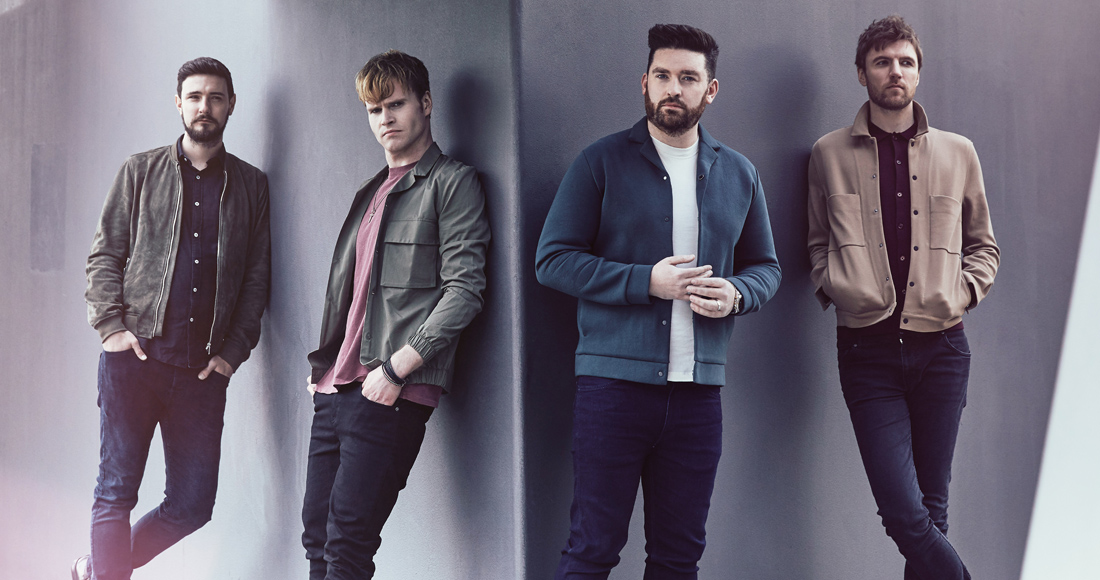 Over the past six years, Kodaline have become masters in the craft of gutsy, tear-jerking, wind machine gushing folk rock.

If their first two albums - 2013's In A Perfect World and 2015's Coming Up For Air - were from the school of Coldplay and Keane, their new record Politics Of Living attempts to take things up a notch further by throwing in some electronica and a mix of heavyweight producers including Wayne Hector (One Direction, Westlife) and Snow Patrol's Johnny McDaid.

Speaking over the phone from his home in Dublin, singer Steve Garrigan told us the title of their new album us "completely not about actual politics. It’s about the politics of life - the ups and downs, disagreements. It’s an open-ended title." In fact, the title comes from a song they recorded for the collection but ultimately scrapped, mirroring a similar situation for In A Perfect World.

Ahead of the album's release this Friday (Sept 28), we asked Steve to talk us through a selection of his favourite tracks on the record.

"We played Follow Your Fire at Isle of Wight this year and honestly, it was so weird to see the audience singing the words back to us. It’s the most exciting thing about playing music – seeing that kind of reaction is hard to put into words.

"It was kind of go big or go home on this album. My comfort zone as a writer is in ballads and slow emotional songs. It’s what I love and what comes naturally to me. With this album, we were trying to go more upbeat, focusing more on production as well. It was challenging, but we had some incredible people working with us. It’s exciting for us – it’s like trying on a new jacket."

"We did a collaboration with Kygo a couple of years ago (2016's Raging), which led me to perform at some of his shows and radio sessions around the world. That’s where I sort of fell in love with that sound. Before, I wouldn’t say electronic music was particularly my thing, but working on that track, it really brushed off on me. We pushed ourselves to give it a try on this album and it’s definitely affected the overall outcome.

"The rest of the guys have been listening to all sorts – our drummer is obsessed with rap and trap music at the moment. I love Come Around though, it’s so not what you’d expect from us. I think our fans might be a little bit shocked, but like I said, it’s like trying on a new jacket. Give it a go!"

“I love having a happy, carefree song on an album. For this record, Head Held High is it. It’s a bit like Brand New Day from our first album – this is that song. We wrote it with Johnny McDaid in London and we just bashed it out. It’s a song we’ve kept in the bank for a while and I love its the positive message. It’s a song for a beer in the garden."

“We played a big show in Dublin's Marlay Park – our biggest show to date to 38,000 people – and we were absolutely on cloud nine. After the show we heard a girl in the crowd had passed away during the show from a heart condition. We didn’t really know what to do, so we wrote this song for her. We weren’t going to do anything with it, but our guitar player went to see her family and they loved the song and wanted people to know about it. Her family are immense people, especially after such a horrible thing that's happened to them."

“What hasn’t been going on in Temple Bar?! It’s both a happy and sad song - it’s about going out for a drink on your own. It’s kind of a made up story, but there’s a lyric in there about an ex-girlfriend who’s moved on. Temple Bar is such a mad place… I really love that song though, even just that it’s called Temple Bar! Where do I go out when I'm there? There’s a little speakeasy bar there hidden away where you have to knock on a door and hope they let you in downstairs."