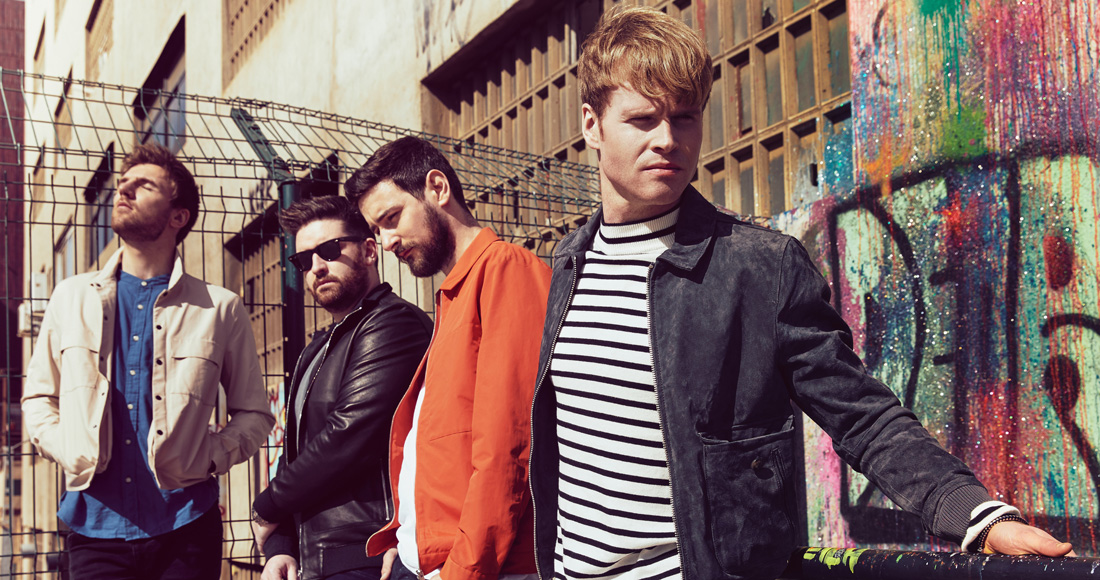 This week sees Kodaline return with Follow Your Fire, a rousing, folk-meets-electronica thumper produced by pop hitmaker Steve Mac, whose jaw-dropping list of credits includes Ed Sheeran's Shape Of You and P!nk's What About Us. We phoned up the band's frontman Steve Garrigan to find out more.

Hi Steve, so Kodaline are back!

“I'm very excited! We worked with Steve Mac and Johnny McDaid on this one. It’s kind of a new sound for us. My comfort zone is in slow ballads – this is not a slow ballad in any sense.”

“There was no real plan when we were writing it. It’s definitely big – it’s a big sound. You could say go big or go home but that wasn't intended. We shot the video in Barcelona, and while we’ll wait and see what it does, it definitely does have more of an international vibe.”

You’re wearing an A+ shirt in the video.

“It’s actually a really nice shirt, isn't it? I got to keep it. At first I wasn’t really 100% comfortable with it – you know what it’s like when you wear new clothes.”

The accompanying press release says it’s your "best ever single". Do you believe that?

“I’m pretty confident about that. Steve Mac was amazing… to share a room with him was an honour really. I think it’s pretty commercial, the single. Every song we’ve done is different, but this is probably the most mainstream.

This is the first time you’ve worked with a big pop producer. Did you pick up any pearls of wisdom from Steve?

“It was a totally different vibe for us. We’ve mainly written our own stuff and on this album we’ve opened up to the idea of collaborating with people. I learned a lot from it. Steve works from 12pm – 6pm every day, and that’s it. He’s really good and all about keeping in simple. Simple, simple, simple.”

How's the album coming along?

“The song quality on the album is really strong. We’ve treated every song individually, which has made for quite a mixed bag. There’s a lot more to come from us this year. I’m nervous but excited to see how it goes down.”

Kodaline's new single Follow Your Fire is out now. See where all of Kodaline's singles and albums have reached on the Official Chart here.