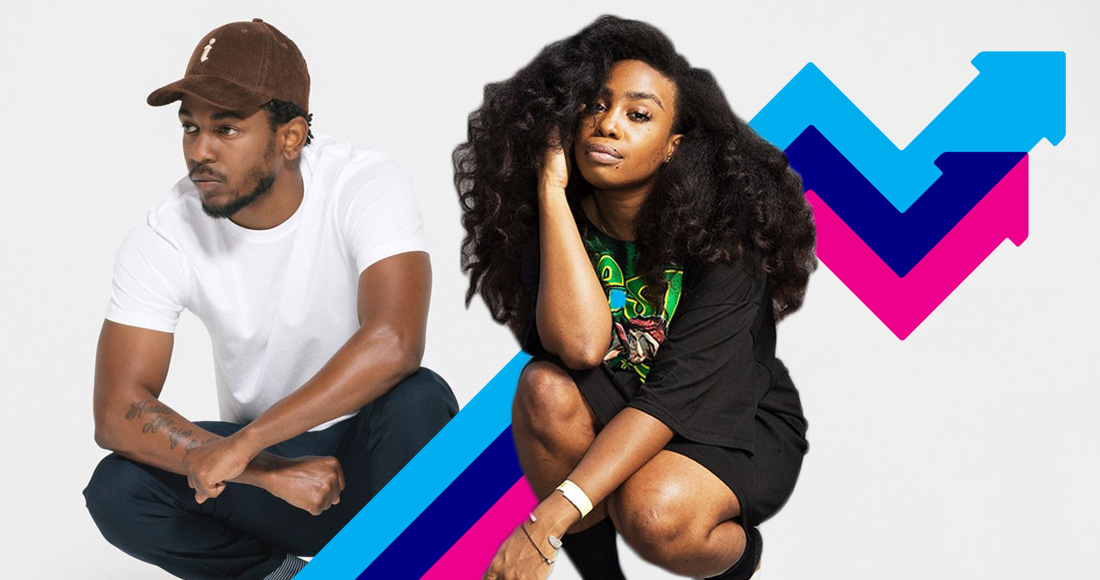 Kendrick Lamar and SZA's collaboration All The Stars takes the top spot on the Official Trending Chart - the weekly Top 20 countdown of new songs making a big impact in the UK.

The track, which features in the new Marvel superhero film Black Panther, was out before the film's general release and has been growing in popularity ever since. All The Stars is on course to enter the Top 10 on the Official Singles Chart for the first time this week, currently up three places to Number 8 in the latest sales flash.

If it holds on, it will be Kendrick's fourth UK Top 10 single and SZA's first.

YouTube star Samantha Harvey is also making waves this week; her new single Please is on course to be the highest new entry on this Friday's Official Singles Chart. Last year the singer just missed out on the Top 40 with her debut release Forgive Forget.

Another internet sensation, US singer Bazzi, is lighting up this week's Official Trending Chart - his latest single Mine is shaping up to be his big global breakthrough hit.