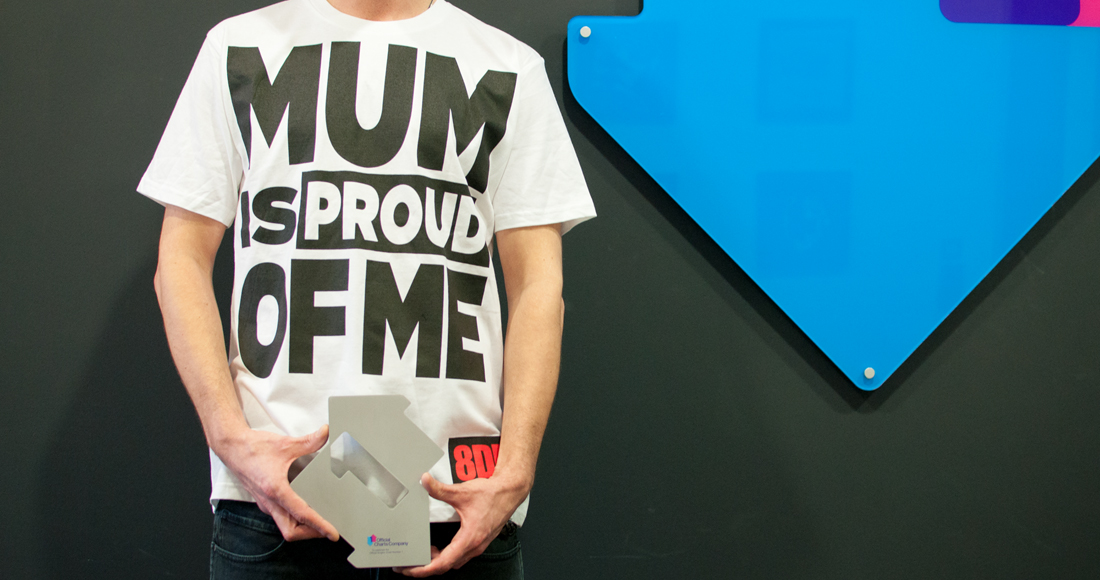 The track – which finishes the week over 2,000 combined chart sales ahead of its nearest competitor, One Direction’s Perfect (2) - was originally released as an instrumental before being re-worked to include vocals from Tinie Tempah and Katy B.

“It feels great – as if I’ve been competing with One Direction," KDA told OfficialCharts.com, "The success of this record has happened all by itself - I had no idea what was going to happen when we put it out.

“I always wanted a singer and rapper on this track; and it feels like it’s become one of those songs that people are allowed to like - which is just amazing!”

Turn The Music Louder (Rumble) serves as KDA and Katy B’s first Number 1 single, and Tinie Tempah’s seventh - his most recent being Jess Glynne collaboration Not Letting Go in July.

Drake’s Hotline Bling slides one place to Number 4 today, followed by Justin Bieber’s What Do You Mean, which secures an eighth stint as most streamed track of the week with over 2.51 million listens in the last seven days.

Canadian DJ and producer Sleepy Tom’s Diplo collaboration Be Right There is this week’s highest climber, up 83 places to Number 8.

Flick through the Official Number 1 single award gallery below: