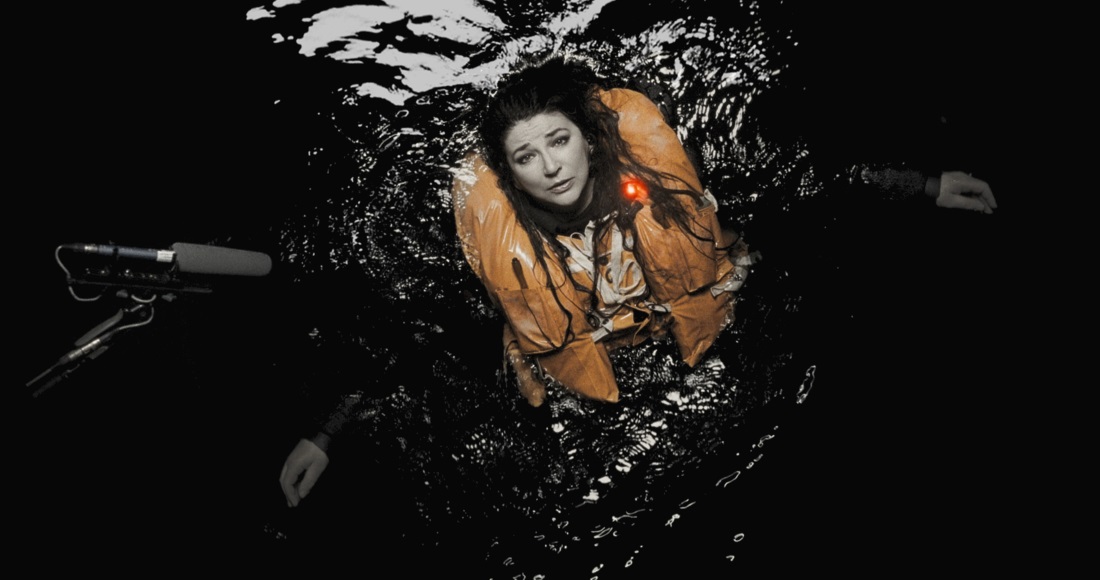 The last couple of years have been a great time to be a Kate Bush fan. First, she returned to live performing after a 35-year hiatus with her series of Before The Dawn shows, and now she's heading back to the Official Albums Chart with an album of the whole thing, for anyone who missed it.

We mtake a look at Kate’s hugest tracks to see which classic songs you’ve been downloading – will her early hits still have sales power in the digital age, or have Kate’s more modern releases overtaken the songs that made her a star?

It’s only fitting the song that started our love affair with Kate should come out on top. Kate’s debut single was based on the classic novel by Emily Bronte, a violent tale of unrequited love, jealousy and quite a lot of death, tbh.

Legend has it Kate hadn’t even read the book when she wrote the song, but, unlike us in our English Literature exam, she got away with it. Kate was just 19 when she topped the Official Singles Chart with Wuthering Heights; it would stay firmly at the top for four weeks, knocking off none other than Abba’s Take A Chance On Me.

The lead single from Kate’s fifth studio album, Hounds Of Love was her highest chart peak since Wuthering Heights, hitting 3, and was her fifth Top 10. Its parent album was Kate's second Official Albums Chart Number 1, spending three weeks at the top, after deposing Madonna’s Like A Virgin.

A remix of Running Up That Hill was arranged for the 2012 Olympics closing ceremony, complete with new vocals. Upon release, this remix charted at Number 6, and is Kate’s most recent hit to date.

Specially composed for John Hughes movie She’s Having A Baby, this haunting ballad gave Kate her 17th Top 40 hit. Thanks to its use in numerous TV programmes and movies since its original release, This Woman’s Work finds itself as Kate’s third most popular download. The song was included on Kate’s seventh Top 10 album The Sensual World and peaked at 25

Kate’s duet with former Genesis frontman Peter Gabriel was her sixth Top 10 hit for Kate. It's rumoured Dolly Parton was originally approached to record the song with Peter, but when she declined, it was Kate’s opportunity to make the song her own, reaching Number 9.

Peter and Kate went back a long way – Kate had provided backing vocals for Peter’s self-titled 1980 album. Lots of artists have covered the song, including Sinead O’Connor, Alicia Keys and Bono, but only Peter & Kate’s version has made the Top 40. Don’t Give Up was Kate’s last Top 10 hit for 18 years, until King Of The Mountain broke the drought in 2005.

One of Kate’s catchiest and most famous songs is this tale of jealousy, betrayal and deception. Peakig at Number 5, Babooshka tells the story of a wife who tests her husband’s loyalty by pretending to be a younger woman, the Babooshka of the title.

In Russian, ‘babushka’ actually means ‘grandma’, but Kate didn’t know that at the time and , nobody else really cared anyway. A banger is a banger. Babooshka was her biggest hit from Never For Ever, her third album and first chart-topper.

Kate’s second ever single, The Man With The Child In His Eyes was actually written when she was 13. It reached Number 6 and finishes sixth.

Landing in seventh place, Cloudbusting reached Number 20, but was given another chance at chart success thanks to a very famous sample.

Leeds’ electronic group Utah Saints borrowed from Cloudbusting for their second single Something Good, which reached Number 4 in 1992 and, when remixed in 2008, hit the Top 10 again – hitting Number 8.

King of the Mountain was Kate’s big comeback in 2005 and finally returned her to the Top 10 after an 18-year gap. The lead single from Aerial, it reached Number 4.