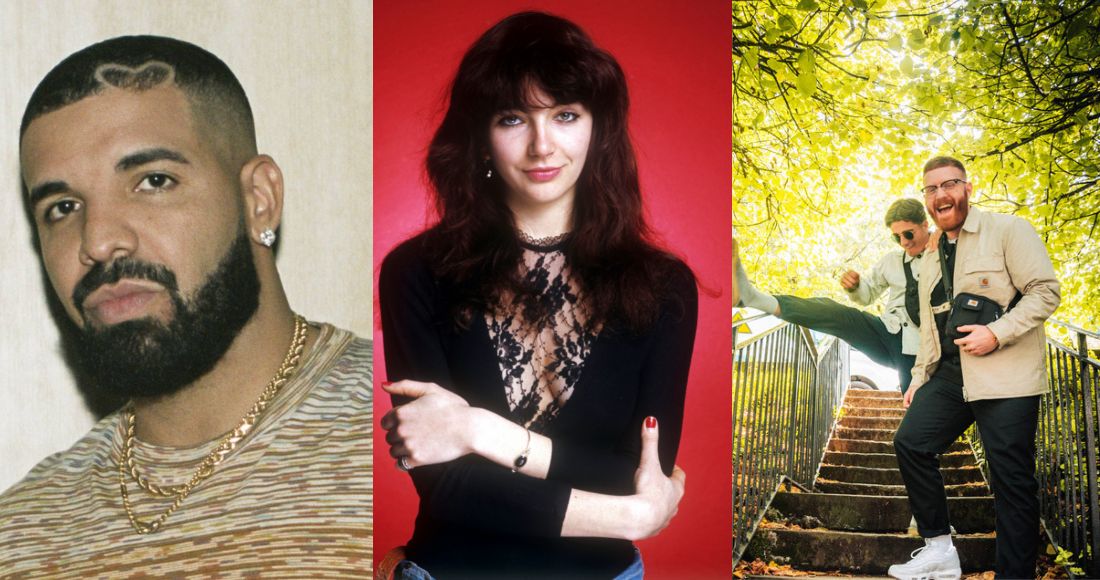 Kate Bush is on track for a second week at Number 1 in the UK. Running Up That Hill broke several Official Charts records when it became Kate’s first UK Number 1 single in 44 years last Friday – and it looks like it’s not going anywhere.

Fast ascending track Afraid To Feel by LF SYSTEM could jump to a new peak of Number 3. Can anything stop it going further?

Following on from the surprise release of new album Honestly, Nevermind Drake is eyeing three new entries on Friday, all within the Top 10; Falling Back (4), Texts Go Green (6) and Jimmy Cooks with 21 Savage (7).

Japanese singer Joji’s big breakout single Glimpse Of Us is set to rocket up into the Top 20 for the first this week – currently at Number 19.