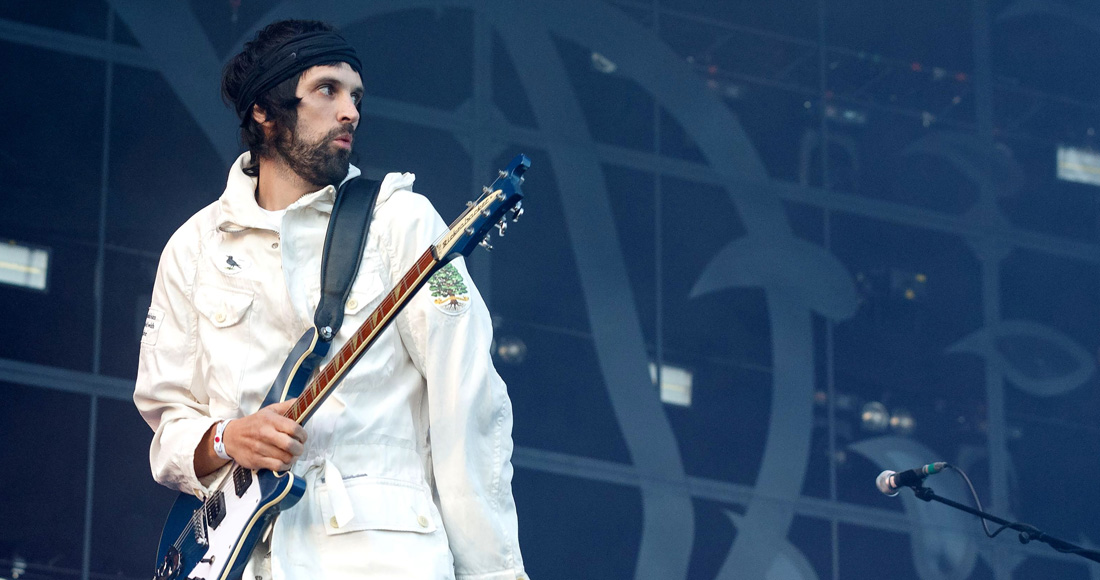 Kasabian's Serge Pizzorno has admitted that he can find it "painful" to perform the band's older hits on tour.

The band kick off their UK arena tour on this Friday (Nov 24), playing 12 arena shows across the country, including two at London's O2 Arena.

The guitarist explained that while performing some of their decade-old tracks is difficult artistically, he enjoys the "communal" aspect of how they bring crowds together.

“It’s funny because I can look at it and really… artistically yes, of course, playing songs you’ve played for ten years is a little painful," Serge told OfficialCharts.com "I only ever look at it through the eyes of someone who’s coming to see the show, because in this band, that’s it – that’s the point of this band.

"It's necessary. It’s for those communal moments of bringing a lot of people together. I can see it through the eyes of those people, so it’s great. It makes sense."

He continued: “Creatively, I’m always asking the question, why am I doing this? I need a reason. When you see it through the eyes of the kids in the audience – it’s probably their first live gig they’ve ever been to – you can’t deny them those tunes. It wouldn’t be right. If we played in a tiny club off the beaten track, it’s great to throw in some B-sides and new stuff. The point of these shows is the catalogue, the history."

Discussing their new tour, which is support of their Number 1 album For Crying Out Loud, he said: “Of all the shows we’ve put on over the years, this one is definitely the best. We really feel it’s out best.

"Just in terms of the flow of the set, especially with the new songs interspersed. It just feels really good. The flow of it is relentless. That warmth and intensity people feel when they’re at a great show, it’s got that. We can’t wait."

OfficialCharts.com recently revealed that For Crying Out Loud was 2017's best-selling artist album on cassette, with sales of the once-defunct format more than doubling this year. Check out the full Official Top 40 Cassette Chart of 2017.