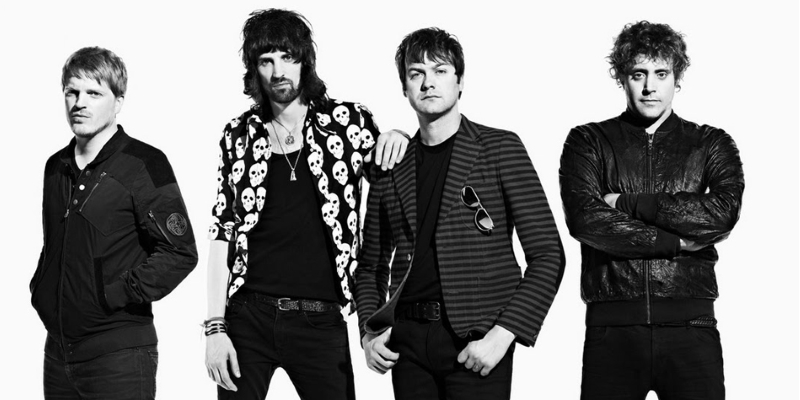 Big Kasabian news today (July 6) as it is announced that lead vocalist Tom Meighan is parting ways with the group.

A statement from the band - now Sergio Pizzorno, Chris Edwards and Ian Matthews - said that Tom had "struggled with personal issues that have affected his behaviour for quite some time".

The Leicester band have a strong track record on the Official Chart, with five of their six studio albums reaching Number 1, as well as landing 12 Top 40 singles.

Here, we reveal their biggest tracks to date on the UK's Official Chart.

In third with 502,000 chart sales is Underdog, the third single from their 2009 record West Ryder Pauper Lunatic Asylum. Despite peaking at Number 32, it remains one of the band's most popular tracks, featured on numerous films, TV shows and, somewhat unsurprisingly, several sporting events across football, snooker, rugby and even Formula 1.

In the runner-up spot is the hit that started it all. Club Foot made it to Number 19 on its first release in 2004, and was reissued the following year, when it managed a respectable Number 21. It’s shifted over 585,000 equivalent units to date.

It’s no coincidence that the track at the top of the heap is their highest-charting single. Fire, also taken from West Ryder... is their biggest seller - 959,000 equivalent units to date.

In an interview with the Guardian at the time of the track’s release, then frontman Tom Meighan described Fire as “flipping out”, and he wasn’t wrong – it managed to flip out all the way up to the dizzy heights of Number 3 in 2009.