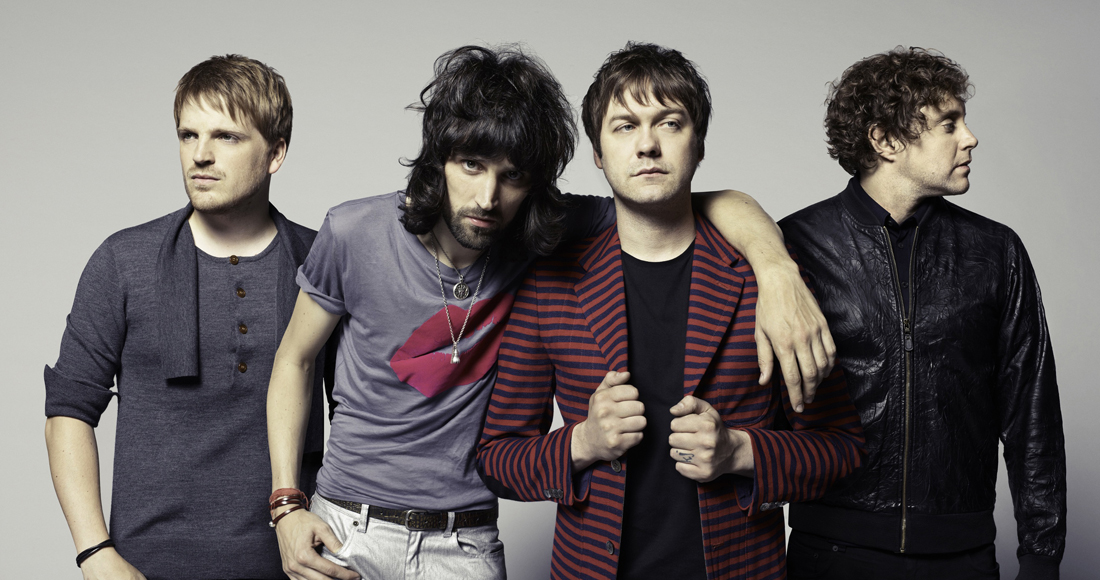 You’d think a typical indie rock group would be too cool to be featured on any chart, let alone have its guitarist admit he’s more than willing to cover a certain R&B diva. And you’re right, but Kasabian, with three Official Number 1 Albums and four Top 10 hit singles under its belt, is anything but typical. Dimitris Ballas tests Kasabian guitarist Serge Pizzorno’s chart knowledge.

How do you feel about PJ Harvey winning this year’s Mercury prize?

Serg: “I think it’s fantastic. She’s one of those artists I’d love to work with one day. I’m very happy she won, she is really beautiful and talented.”

I couldn’t agree more about Harvey’s artistry, but do you believe that album in particular deserved it?

“Adele does not need another award, she’s had enough. PJ Harvey deserved it. I guess it depends on what sort of music you’re into.”

Who’s on your iPod at the moment?

“The Meat Puppets and the Black Lips.”

So, no Leona Lewis?

OK, I want her number. So, what is the process you follow when writing a song? Do you sit down and say ‘OK, let’s do a festival anthem’ or ‘It’s time to get A-listed on Radio 1’?

“Any time I have ever tried to achieve something like that it never worked out. I produce as I go along.”

And how do you cope with writer’s block? I bet you have some hidden gems that wait to be finished and released.

“The great thing about those songs is you file them away and a couple of years later you get them back out and there might some magic in there you could not see before.”

And what’s the process when deciding on album titles? How did ‘Velociraptor!’ come up?

“First and foremost, it’s a fantastic word, don’t you agree?”

“Well, all dinosaurs have amazing names and what is so special about Velocipators is that they used to hang around in packs of four, like a little gang, so it felt like the right choice for us, as a rock band.”

When was the last time you went to the Natural History Museum?

Did you get a chance to listen to the radio there? Are they obsessed with dance-oriented music, too?

“It’s just a cycle, really. Radio promotes dance music nowadays. Rock ‘n’ roll will definitely make a comeback soon. If you produce good music you’ll be fine, that is all that really matters.”

If you had to cover a really cheesy pop song, which would it be?

Would you perform live on the X Factor in order to experience a huge boost in sales?

Jamiroquai did. What was one of the least expected places you heard one of your songs?

Did you follow the charts when you were little?

“I really miss Top Of The Tops, man! I used to tape the charts on a cassette.”

And what was the first song you bought?

“’Got My Mind Set On You’ by George Harrisson.”

What is one of your guilty pleasures?

Would you perform that live?

“It’s a phenomenal tune, but too many people have done it now.”

Maybe you can cover Spice Girls’ ‘Wannabe’ instead?

“What? That’s the music of the devil!”