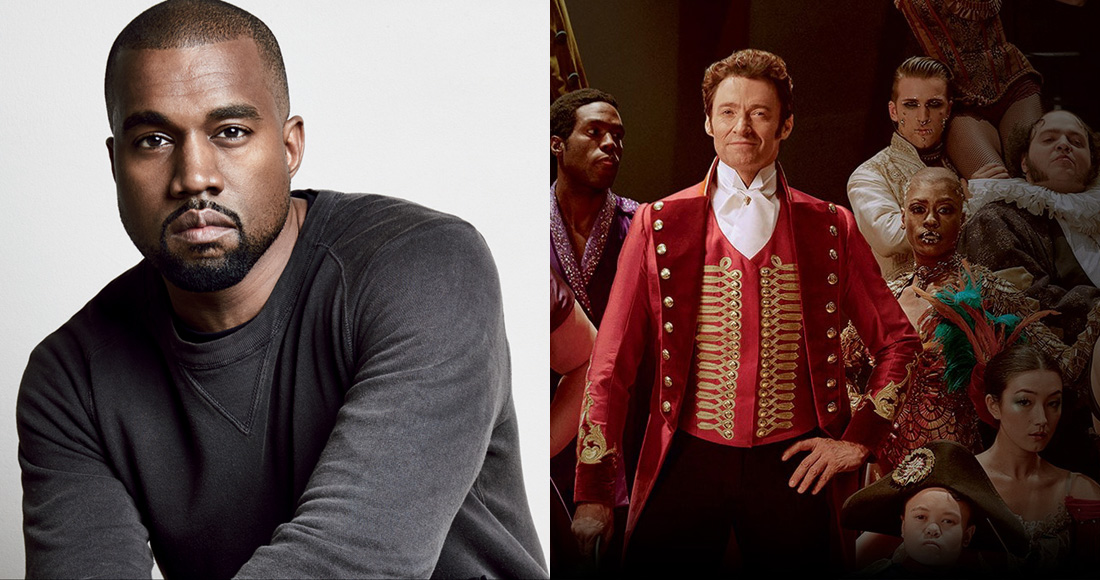 Kanye West is the latest act to feel the sting from The Greatest Showman soundtrack, which holds on to claim an 18th week at Number 1 on the Official Albums Chart.

Kanye’s eighth studio album Ye, which debuts at Number 2, has been climbing the chart all week following its surprise release last Friday. Despite missing out on the Number 1, Ye was the most played album on streaming services this week, with 82% of its sales coming from streaming.

Meanwhile, The Greatest Showman posts another healthy week of sales to keep its place at the top (38,000), boosted by its recent release on DVD/Blu-ray.

Check out every Official UK Number 1 album ever here.

Singer-songwriter Ben Howard scores his third Top 10 album with Noonday Dream at Number 4, while The Who frontman Roger Daltrey is new at Number 8 with his first solo album in 26 years, As Long As I Have You.

Rounding out this week’s Top 10 at Number 10 are Swedish heavy metal band Ghost, who secure their highest charting album to date with their fourth record Prequelle.

Further down, US musician Father John Misty lands at Number 12 with his latest effort God’s Favourite Customer, and the self-titled album from Lump – aka Mike Lindsay and Laura Marling – debuts at Number 14. The entry earns Laura her sixth Top 40 record and Brit-award winning songwriter Mike his first.