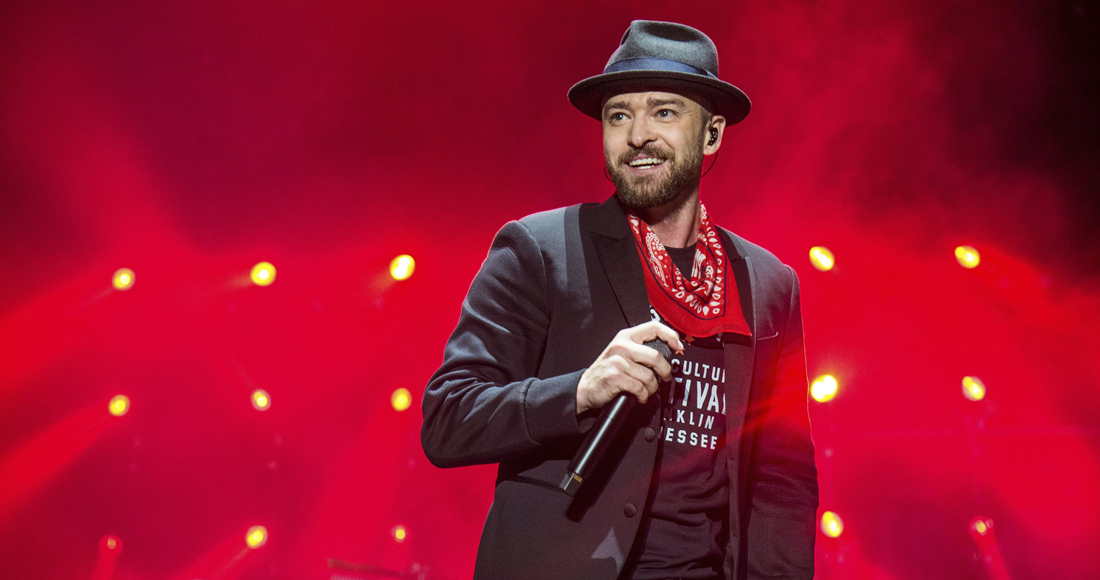 15 years ago, after six years of chart success with N*Sync, Justin Timberlake launched his solo career. It would take him another four years to land his first Number 1 on the Official Singles Chart, that song being SexyBack, but his overall track record on the charts - 25 Top 40 singles across five albums - is mightily impressive.

With his new album Man Of The Woods imminent, we've had a good old poke through the archives and crunched the numbers to reveal his biggest songs.

Justin's 2016 single and theme for the movie Trolls was a runaway hit, notching up combined sales to date of 1.6 million, when streams and sales are combined, to become his biggest hit yet. The track spent a frustrating four weeks at Number 2, kept off Number 1 by Drake's chart-topping juggernaut One Dance.

Mirrors was a big comeback for Justin when it hit Number 1 in 2013. It was his first chart-topper in almost five years and paved the way for his first album for SEVEN years – The 20/20 Experience Part 1. Mirrors ruled the top spot for three weeks and has a stellar combined chart sales tally of just over 1 million.

Up next? That very first chart-topper. SexyBack was another career-defining moment for JT, shifting away from the poppy R&B of debut album Justified and homing in on a sharper, more electronic sound. Despite distorted vocals and barely making a cameo himself on his own chorus – leaving the bulk of the work to his old pal Timbaland – SexyBack became a signature track for Justin and went straight in at the top, with over 739,000 combined sales to its name.

Justin's fourth biggest single is the big hit from his 2003 debut album, Cry Me A River - the one that got everybody talking. Fresh form his breakup with Britney Spears, Justin played on public interest by casting a woman who had more than a passing resemblance to his ex in the video. Match that with the song's theme of infidelity and you've got tabloid gold, basically – not to mention chart gold! Cry Me A River got no further than Number 2 – kept off the top by tATu's All The Things She Said – but has healthy 610,000 chart sales under its belt.

Justin is famed for his all-star collaborations, and up in fifth is possibly his starriest of them all. Justin teamed up with Madonna for 4 Minutes, the lead single from her 2008 album Hard Candy. It was a winning combination – the track spent 4 weeks at Number 1, which is Justin's longest run at the top, and boasts over 575,000 combined sales.

Justin's debut single, the Michael Jackson-inspired Like I Love You, finishes just outside his Top 10 big ones at 11, as does Ciara collab Love Sex & Magic at 12.

As for Justin's biggest deep cut (i.e non-single), that accolade goes to FutureSex/LoveSound, the title track from his 2006 album. The song finishes just behind other spin-offs from the album Summer Love and Until The End Of Time ft. Beyonce, which weren't singles in the UK but were serviced (and charted) in other countries.

This chart is compiled using combined sales and streams.