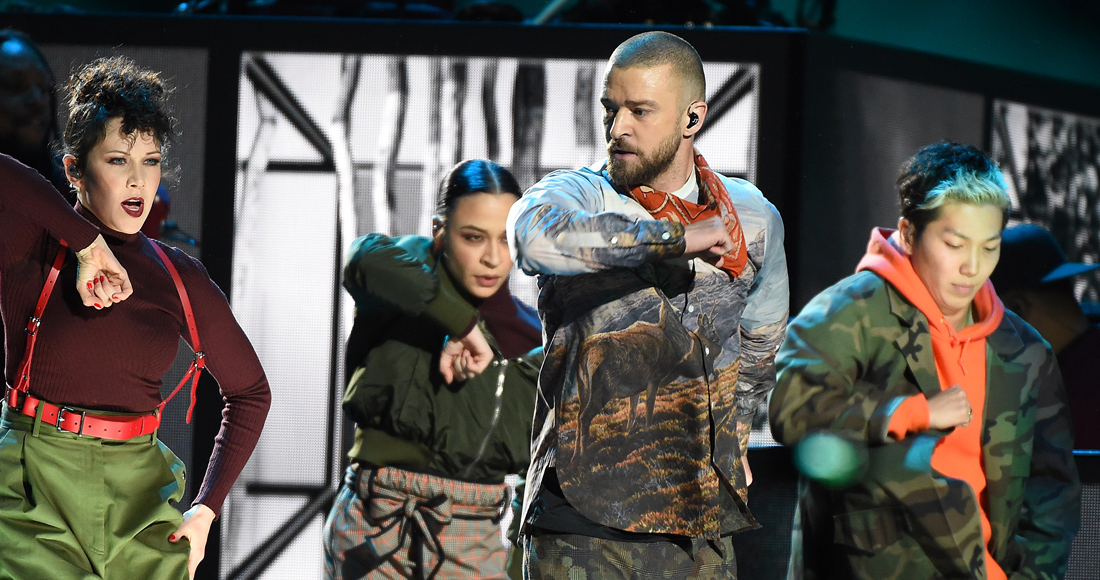 Following his Super Bowl halftime show performance, Justin Timberlake is set to score this week’s highest new entry on the Official Albums Chart with his new collection Man of the Woods.

After its release last Friday (Feb 2), MOTW starts at Number 2 on today’s Official Chart Update, 5,000 combined sales behind The Greatest Showman soundtrack, which is proving to have strong staying power as its gears up for a fifth week at Number 1.

Two more brand new albums could be landing in this week’s Top 5. Simple Minds’ 18th studio album Walk Between Worlds (3) is set to become the Scottish band’s highest charting album in 23 years, since 1995’s Good News From The Next World, and Bedford rockers Don Broco open at 4 with their third album Technology.

Singer-songwriter Rae Morris is currently just outside the Top 10 at 11 with her new album Someone Out There, closely followed by Field Music’s Open Here at 12 and Microshift, the latest album from Leeds psychedelic band Hookworms, at 13.

Further down, Heavy metal band Saxon are on course to claim their ninth Top 40 album with Thunderbolt (16), a re-release of Roxy Music’s debut self-titled album from 1972 is at 22, and a deluxe reissue of Nirvana’s Nevermind sees the band’s second album soaring back to the Top 40, currently at 24.