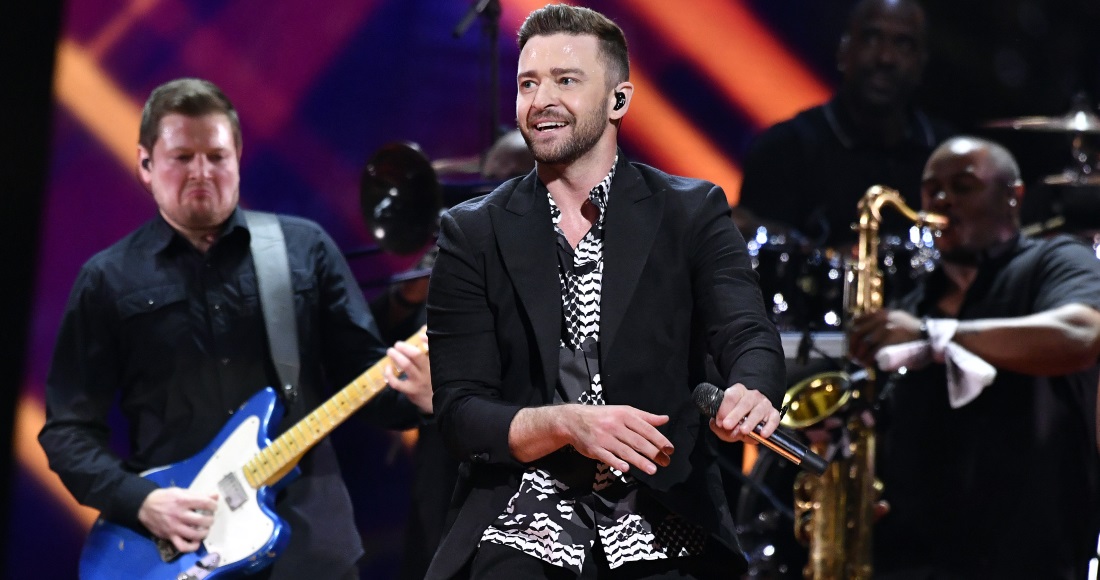 Following his show-stopping performance at the Eurovision Song Contest over the weekend, Justin Timberlake is on course to top this week’s Official Singles Chart.

Can’t Stop The Feeling is at Number 1 on today’s Official Chart Update, 6,000 chart sales ahead of Calvin Harris and Rihanna’s This Is What You Came For, which is holding firm at Number 2. If his sales momentum continues, it will be his fifth Number 1 single in the UK. See Justin Timberlake’s previous peak chart positions here.

Justin getting his groove on in the CSTF music video

Meanwhile, after five weeks at Number 1, Drake could be handing his chart crown over this Friday as One Dance slips to 3.

The Manchester rockers, who are set for a series of 2016 live dates and festival appearances this summer including four nights at Manchester’s Etihad Stadium, last appeared in the Official Singles Chart Top 40 17 years ago, when a remix of Fools Gold reached Number 25. If momentum continues throughout this week, All For One could be the band’s first Top 10 single in nearly 22 years, since Love Spreads reached Number 2 back in 1994. Check out The Stone Roses' full Official Singles and Album Chart history here.

Also on course for a big debut on this week’s Official Chart are the Invictus Games Choir. Formed by Gareth Malone and starring in a two-part BBC documentary, their theme song for this year’s games Flesh And Blood is currently at Number 6.

Outside the Top 10, X Factor finalists Reggie N Bollie are at 13 with their debut single New Girl, and Nathan Sykes could earn his third Top 40 hit this week with Give It Up ft. G-Eazy, new at 26.

Finally, David Guetta’s Euro 2016 theme song This One’s For You lands at 32 on today’s update, and despite a disappointing result for this year’s UK Eurovision entry Joe & Jake, their effort You’re Not Alone bows at 40.