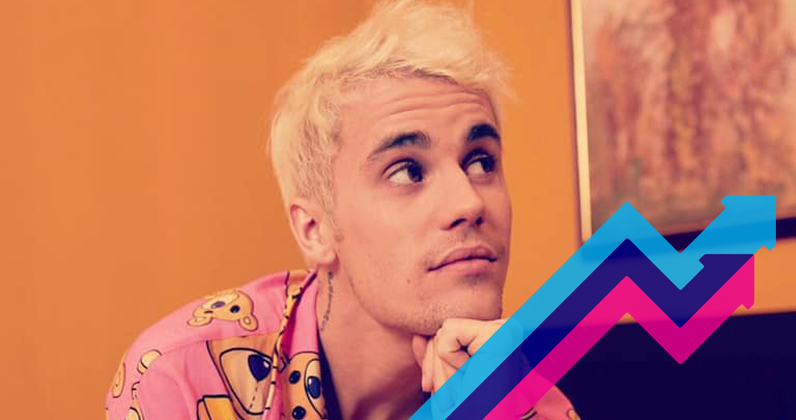 Justin Bieber's return is off to a very strong start; his new song Yummy enters straight in at Number 1 on the latest Official UK Trending Chart.

Justin's new track, which heads up his forthcoming fifth studio album - leads the trending Top 20, which tracks new songs climbing the Official Singles Chart that have yet to land in the Top 10.

Released last Friday (Jan. 3), Yummy is on course for a Top 10 debut on the UK's Official Singles Chart, currently at Number 8 in the latest sales flash. If it holds on to its position, it'll mark Justin's 45th UK Top 10 hit.

Discussing his upcoming album in an advert for his new 10-episode documentary series Seasons, he said: "I’m excited - just nervous a little bit. This album is different because of where I’m at in my life. When you do what you’re good at, you just feel like you where you’re supposed to be."

Elsewhere on this week's trending chart, Roddy Rich is making waves with The Box, which recently earned the US rapper and musician his second UK Top 40 single, after 2019's How It Is with Chip and Yxng Bane. The song is set to make a big climb on this week's Official Singles Chart, so far up 13 places to Number 27.

The brand-new release from Birmingham rapper Mist, Savage, ranks highly in this week's Official Trending Chart and could earn him a fourth Top 40 hit this Friday (Jan. 10), while a string of songs from Frozen - including Something Things Never Change and All Is Found - feature in this week's Official Trending Chart as fans continue to get better acquainted with the film's soundtrack.