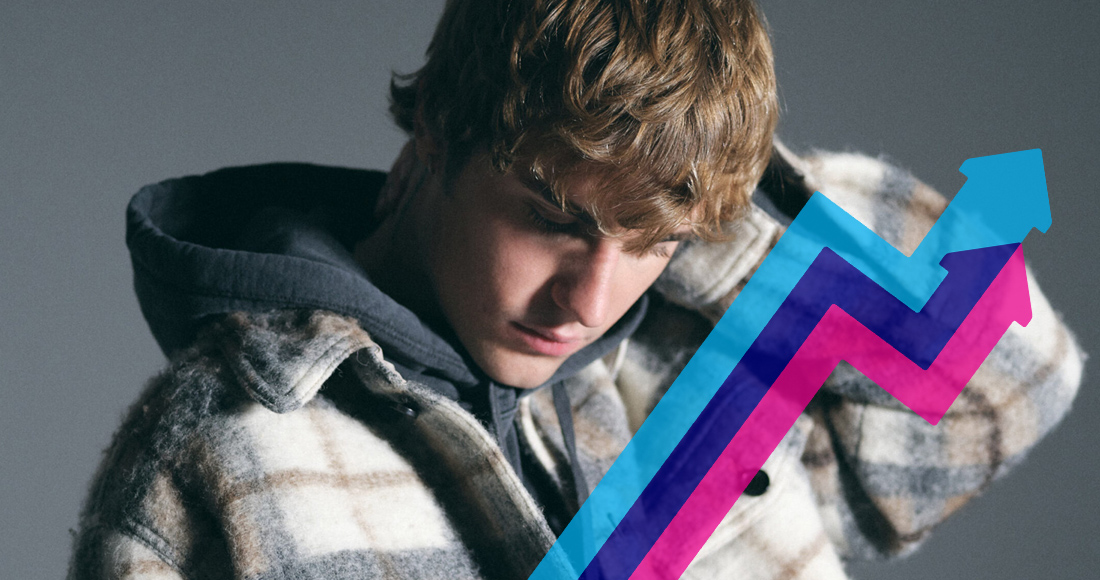 December has arrived, and with it, a stocking full of modern Christmas singles dominate the Official Trending Chart.

Justin Bieber takes this week's Number 1 with his version of the Brenda Lee classic Rockin' Around The Christmas Tree, recorded as an Amazon Music exclusive and rising fast, set to enter the Top 40 for the first time this coming week.

Three further tracks on this week's Trending Chart come from the same series: Jess Glynne's cover of Donny Hathaway's 1970 hit This Christmas, Jamie Cullum's version of In The Bleak Midwinter and an original song by Carrie Underwood, Favorite Time Of Year.

Liam Gallagher's festive charity single All You're Dreaming Of, released in aid of Action For Children, is set to be the highest new entry on the Official Singles Chart and features in the third slot of today's Trending Chart. If it can hold its course, the track will be Liam's first solo Top 20 single.

Songs featuring on Christmas adverts from Celeste (John Lewis), Becky Hill (McDonalds) and Griff  (Disney) are all on the rise, as is Liam Payne's new song Naughty List, which features TikTok star Dixie D'Amelio. In total, 11 songs on this week's chart can be attributed to the UK getting into the Christmas spirit.

Turning attention to the less seasonal entries this week, there's a new dance bop from rising producer Nathan Dawe & Little Mix, No Time For Tears, which eyes up a Top 40 entry this Friday.