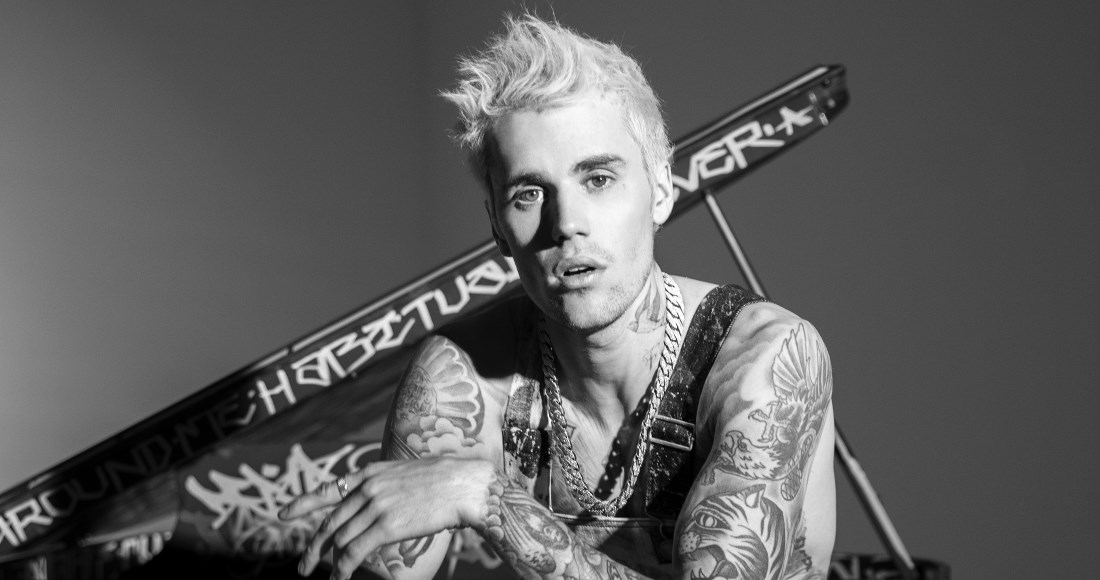 Justin Bieber is on course for the highest new entry of the week with latest single Yummy.

Following its January 3 release, Yummy - a song which is believed to be about his love for wife and model, Hailey Baldwin - and Bieber's first solo release in more than two years, starts the week at Number 8. If the Canadian superstar maintains his position through until Friday, Yummy will become Bieber’s 18th UK Top 10 hit, almost 10 years on from his first - Baby ft. Ludacris - back in March 2010. See all of Justin Bieber’s singles and where they charted in the UK.

The decadent lobster-filled video for Yummy dropped yesterday, featuring a pink-haired Bieber dancing on the tables of a grand dining room in low-slung gingham trousers. Yummy is the first track from the singer's forthcoming fifth studio album. Watch now:

Stormzy, Ed Sheeran and Burna Boy look set to continue their reign of the Official Singles Chart this week with Own It. Own It became the first Number 1 of the new decade last Friday, and gave Stormzy his third chart topper in 12 months  - the first time a British rapper has achieved the feat in more than 10 years, since Tinie Tempah (2009-10).

Here's what Stormzy had to say about Own It landing at Number 1 when he popped into Official Charts HQ last week.

2019 breakthrough star Lewis Capaldi is on track to dominate this week’s Top 20 with three entries riding high still - Before You Go (2), Someone You Loved (6) and Bruises (12). His album Divinely Uninspired To A Hellish Extent was confirmed by the Official Charts Company earlier this week as the biggest album of 2019.

After teasing the track on Boxing Day, Birmingham rapper Mist looks likely to score the second highest new entry on Friday, opening the week just outside the Top 40 with latest release Savage (49). The dancehall-flavoured Zeph Ellis production is Mist’s first single since his ‘47’ collaboration with Sidhu Moose Wala, Steel Banglez and Stefflon Don back in October.