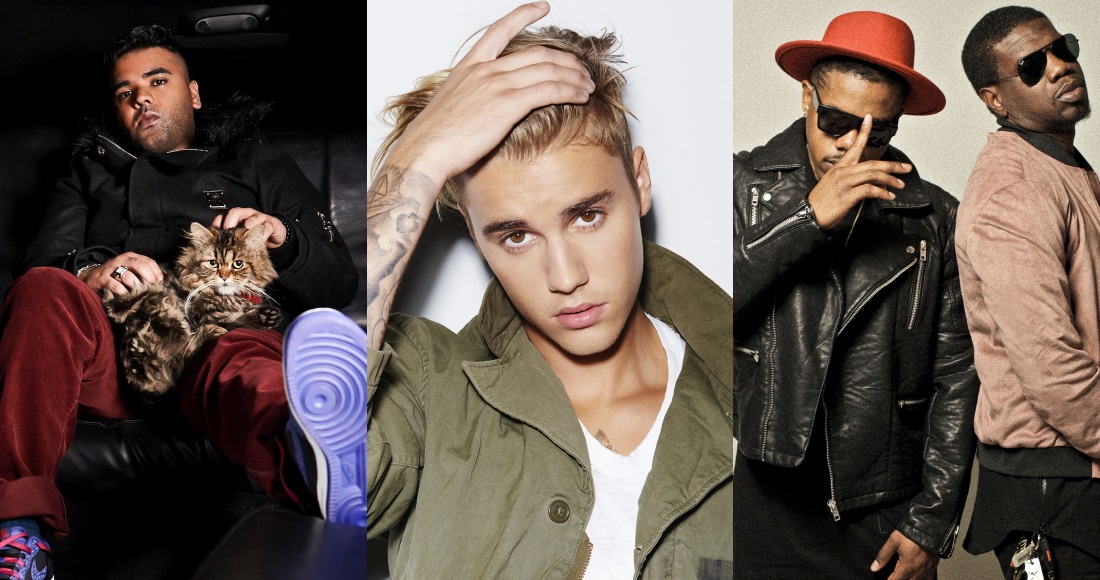 It’s a battle between the blokes on this week’s Official Singles Chart, with three acts currently in contention to take this week’s top spot.

Just 4,000 combined sales separate the Top 3 on today’s Official Chart Update, lead by Justin Bieber, who could earn his fifth week at Number 1 with What Do You Mean? this Friday.

Close behind at 2 is R City ft. Adam Levine’s Locked Away, and Naughty Boy leaps 6 to 3 with Runnin’ (Lose It All) ft. Beyonce and Arrow Benjamin. Can the London producer climb to the top by the end of the week?

Meanwhile, Sam Smith’s Bond theme Writing’s On The Wall is at 4, and Jamie Lawson vaults from 40 to 5 with Wasn’t Expecting That. The singer-songwriter originally put out the track in 2011 but has re-released it since signing to Ed Sheeran’s Gingerbread Man Records label.

The 1975 could be on to their biggest hit yet on the Official Chart with their new single Love Me, which debuts at Number 7. Their best singles peak to date is Number 19 with their debut single Chocolate in 2013.

Currently sitting just outside the Top 10 is Olly Murs, with his latest single Kiss Me (Number 11) and The Weeknd rebounds from 23 to 16 with The Hills.

Elsewhere, MNEK and Zara Larsson’s Never Forget You leaps nine places to 23, and 5 Seconds Of Summer start at 25 with their new single Hey Everybody!.