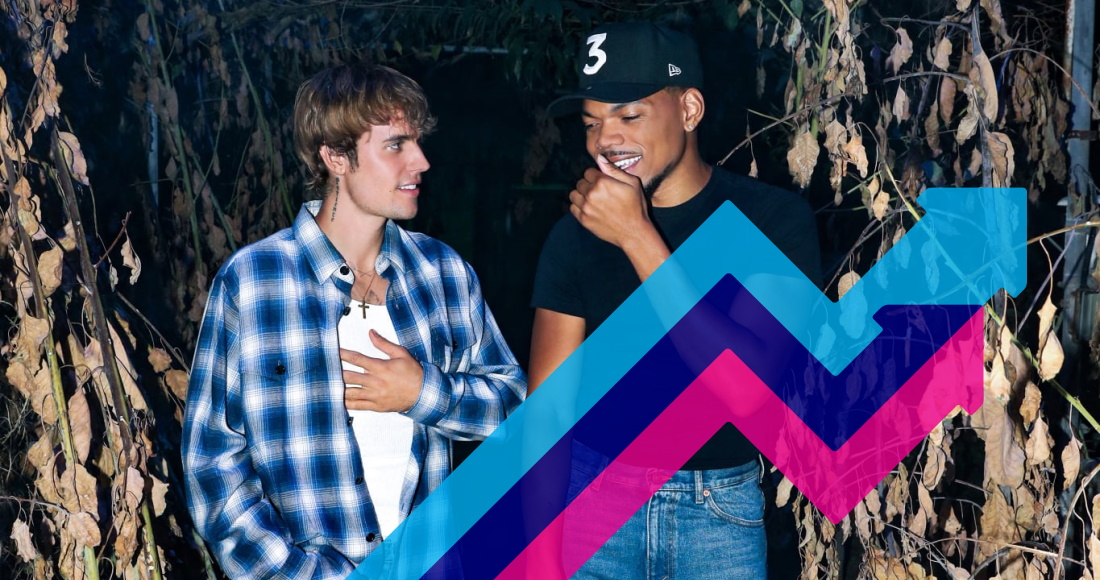 Justin Bieber goes straight to the top of the latest Official Trending Chart with Holy ft. Chance the Rapper.

The gospel-inspired track marks the start of "a new era" for Justin, and is set to be the highest new entry of the week on the Official Singles Chart, where it is eyeing up a Top 10 debut.

If it can hold on until Friday (Sept. 25), it will be the Justin's 21st Top 10 single. Holy is the singer's first new music since May's Ariana Grande collab Stuck With U, which reached the Top 5 on release. View Justin Bieber's Official UK Chart history in full here.

It could also mark Chance The Rapper's fifth UK Top 10 single; his most recent entry was on Ed Sheeran's Cross Me, which peaked at Number 4 in June 2019.

Elsewhere on the Official Trending Chart, Sigala and James Arthur's Lasting Lover flies up 11 places midweek, heading for this week's Top 20; Diamonds by Sam Smith is set to become their 19th Top 40 single, sitting just a few places ahead of M Huncho's 5am Ft. Nafe Smallz in the midweeks.

Other brand new entries include Keith Urban & Pink with One Too Many, which features on Keith's latest album The Speed Of Now Part 1, and the musical debut of former Love Islander Wes Nelson with Hardy Caprio collaboration See Nobody.