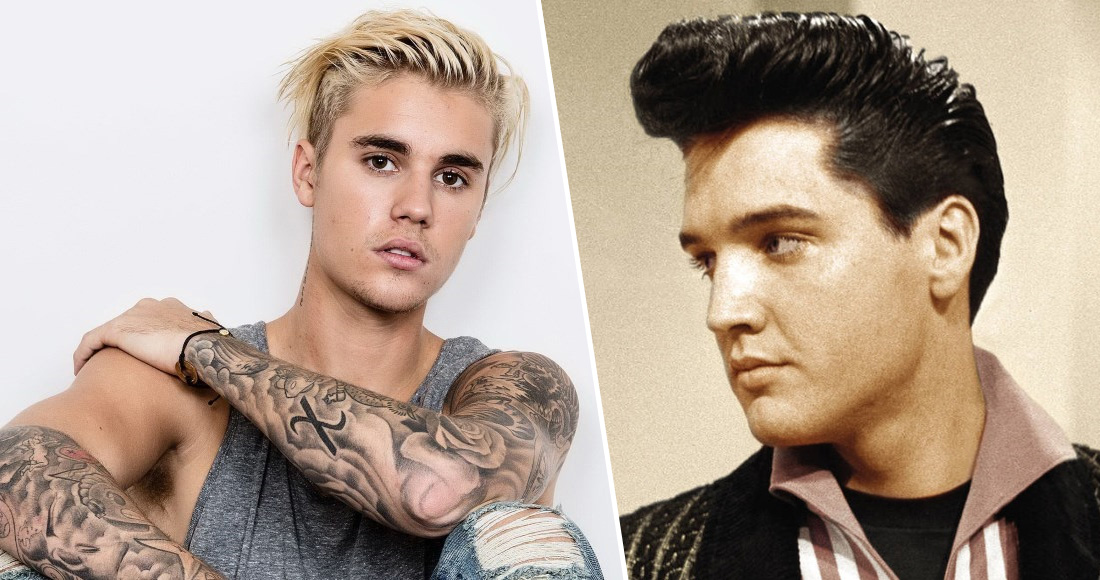 Justin Bieber has broken a US chart record set by Elvis Presley with his new album Changes.

The Canadian singer's fifth studio album is Number 1 on this week's Billboard 200, becoming his seventh release to top the charts in the United States.

Aged 25 years old and 11 months, Justin is now the youngest act to claim seven chart-topping albums in America. He bests Elvis who achieved the same feat aged 26 some 59 years ago in December 1961 with Blue Hawaii.

While Justin is the youngest credited solo artist to achieve a septet of Number 1 albums in America, Billboard notes that all four members of The Beatles scored seven chart toppers in quicker time, with the band's oldest member George Harrison being 25 years and six months at the time of their seventh chart leader Rubber Soul ruling the leaderboard in January 1966.