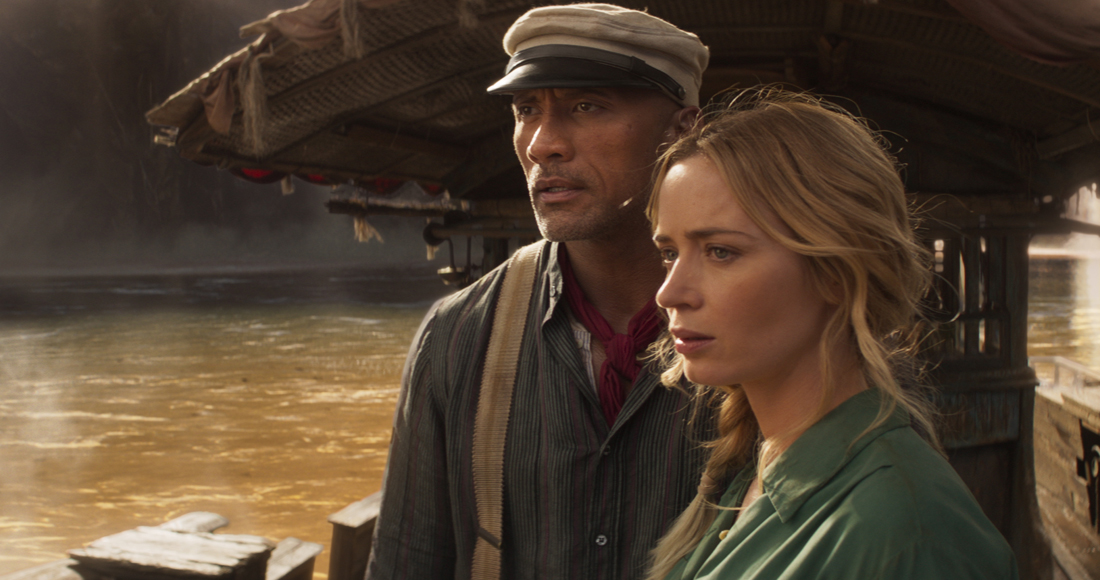 Jungle Cruise sails straight in at Number 1 on the Official Film Chart as it flies ahead on physical sales.

Based on the Disneyland ride of the same name, Jungle Cruise’s star-studded cast includes Dwayne Johnson and Emily Blunt. Dr Lily Houghton (Blunt) enlists skipper Frank Wolff (Johnson) to take her down the Amazon on his small riverboat, to search for an ancient tree that holds the power of healing.

MORE: Album campaigns that thought outside of the box

Spectre climbs one place to Number 3 as James Bond continues his resurgence, with Skyfall (7), Casino Royale (8) and Quantum of Solace (9) also landing in this week’s Top 10.

Fast & Furious 9 drops one to Number 4 - though it is the biggest digital download of the week - while Black Widow slides three to Number 5.

The Croods 2: A New Age is another big new entry this week, landing at Number 6 on digital downloads only. The sequel to 2013’s The Croods, the eponymous prehistoric family are trying to find a new place to settle when they find themselves challenged by a more evolved family, the Bettermans.

Finally, Disney/Pixar’s Luca rounds off this week’s countdown at Number 10.