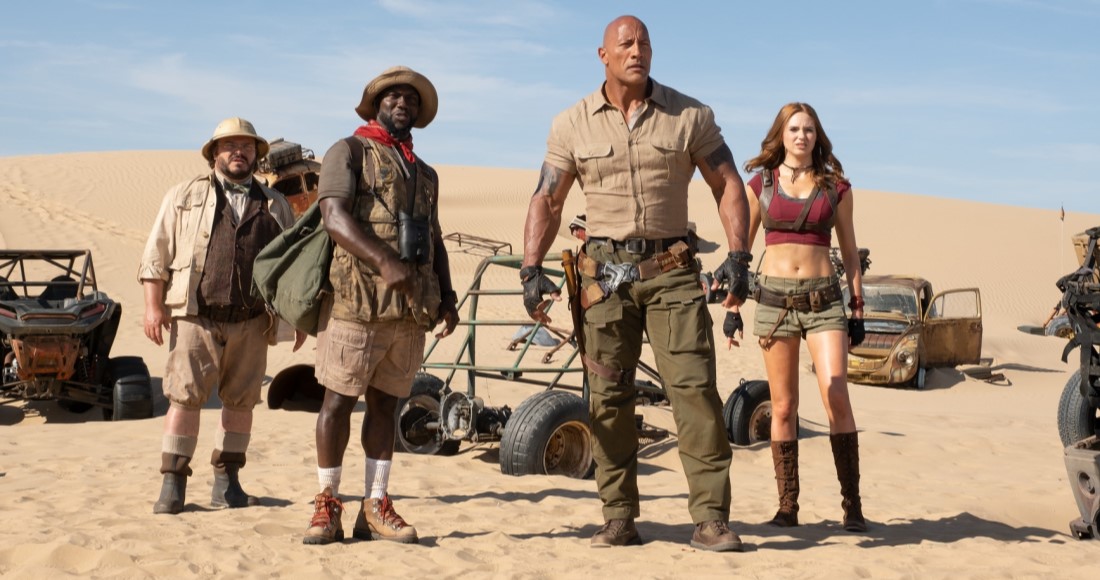 The latest Jumanji film levels up to knock Frozen 2 from the Number 1 spot on the Official Film Chart.

Jumanji: The Next Level overtakes on digital downloads this week, notching up 97,000 sales in its second week. The previous reigning champion Frozen 2 drops to Number 2.

This week’s highest new entry is Sonic The Hedgehog, which speeds into Number 3 on digital downloads only. Starring Ben Schwartz as the eponymous hero alongside James Marsden and Jim Carrey, Sonic teams up with his new friend Tom (Marsden) to defend earth from the nefarious Dr. Robotnik (Carrey) in this family-friendly hit based upon the iconic Sega video game franchise.

The film’s home release was brought forward – having only been released in cinemas just over a month ago - following international lockdown in the wake of COVID-19. Another film new to this week’s Top 10 following the same decision is legal drama Just Mercy (9) starring Jamie Foxx & Michael B. Jordan.

At 4 it’s murder mystery Knives Out, while Trolls leaps to Number 5 following the release of Trolls World Tour on streaming services, Bloodshot drops to 6 and Le Mans ’66 lands at Number 7 this week. Marvel’s Spider-Man: Far From Home rebounds four places to Number 8, and Charlie’s Angels climbs one place to Number 10.

This week we feature a clip of Tom Holland talking about the many gadgets featured in the animated adventure Spies in Disguise, available to Download & Keep From April 20.