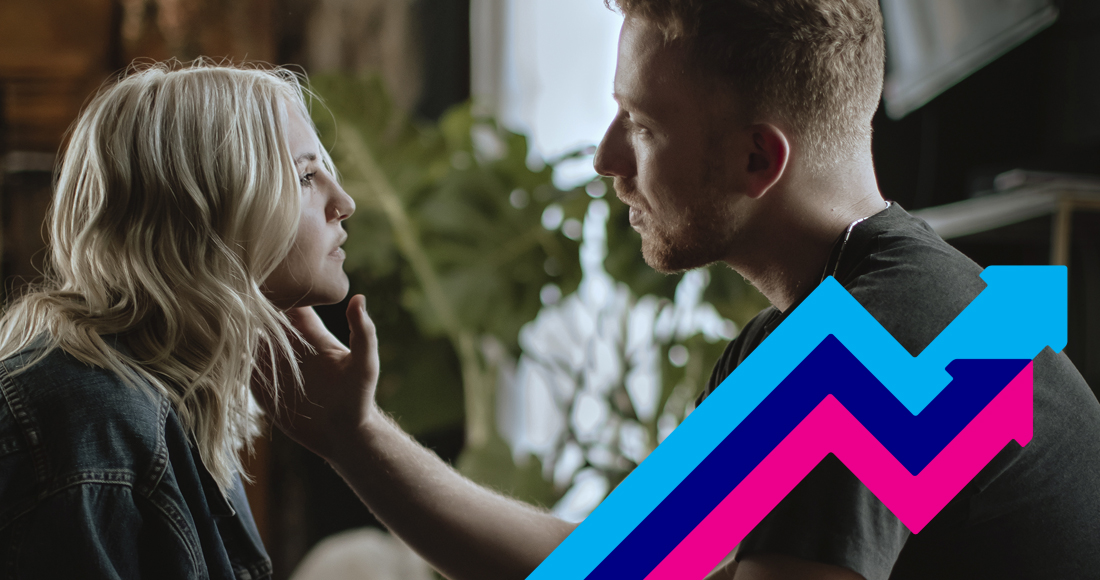 If The World Was Ending by JP Saxe and Julia Michaels is the biggest trending song in the UK this week, as the powerful ballad continues to ascend the Official Singles Chart.

This is LA based JP Saxe’s first UK chart hit, while Julia Michaels already has a stack of hits to her name as both a singer and songwriter, including a star-studded list of songwriting credits for the likes of Justin Bieber, Ed Sheeran and Selena Gomez.

The track is entered the Top 100 some 20 weeks ago, slowly but steadily reaching new peaks each week. The single really started to see a significant boost after lockdown came into effect on March 23, with its subject matter resonating with many. Sweetly the duo, who have since begun a relationship, are spending lockdown together.

The pair also recently released a new version of the track featuring loads of their musical friends and peers; including Niall Horan, Sam Smith, Anne-Marie, Kesha and more to support Doctors Without Borders/Medecins Sans Frontieres (MSF).

“At a time when it can sometimes feel like ‘the world is ending,’” JP and Julia said in a statement. "We thank all of the healthcare workers, first responders, and essential workers who are helping so many people in need. Please stay home, stay safe (and don’t actually go over!).”

Other big hits making waves in the UK this week include Breaking Me by German DJ Topic ft. A7S, which is on course for this week’s Top 20; Katy Perry’s brand new single Daisies, potentially landing the highest new entry on Friday, and Regard and Raye’s Secrets – another rising song eyeing up the Top 40 this week.

Party Girl by StaySolidRocky jumps ten midweek, and Kygo could have another UK hit on his hands with Lose Somebody ft. OneRepublic.