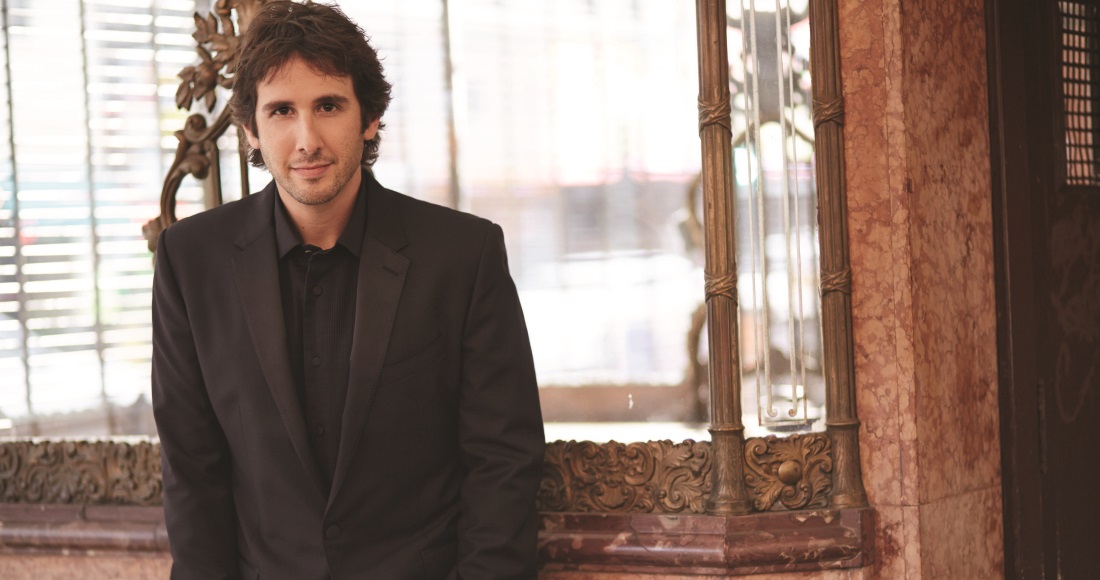 Josh Groban is on course to land his first Number 1 on the Official Albums Chart this week.

The classical-crossover singer is leading the race on today’s Official Chart Update with his seventh studio album Stages.

The record, which sees the California-born star take on 15 theatre and film standards, looks likely to beat his previous UK chart peak with 2013’s Number 9-peaking All That Echoes.

Meanwhile, last week’s Number 1 The Ultimate Collection by Paul Simon is at 2, and Alabama Shakes are new at 3 with Sound And Colour. The American rock band’s debut Boys & Girls peaked at the same position in 2012.

Brighton folk singer Passenger is heading for his third Top 10 album this Sunday with Whispers II, currently at Number 7 on today’s Update.

Jessie Ware’s Tough Love continues to scale the tally following her performance on Graham Norton last week, rising from 23 to 16, and Nottingham band Amber Run enter at 19 with their debut album 5am.

Pop-punk band As It Is land start at 28 with Never Happy Ever After, Stacey Solomon is new at 31 with her debut album Shy, and British rockers FM currently stand at 35 with their ninth album Heroes And Villains.