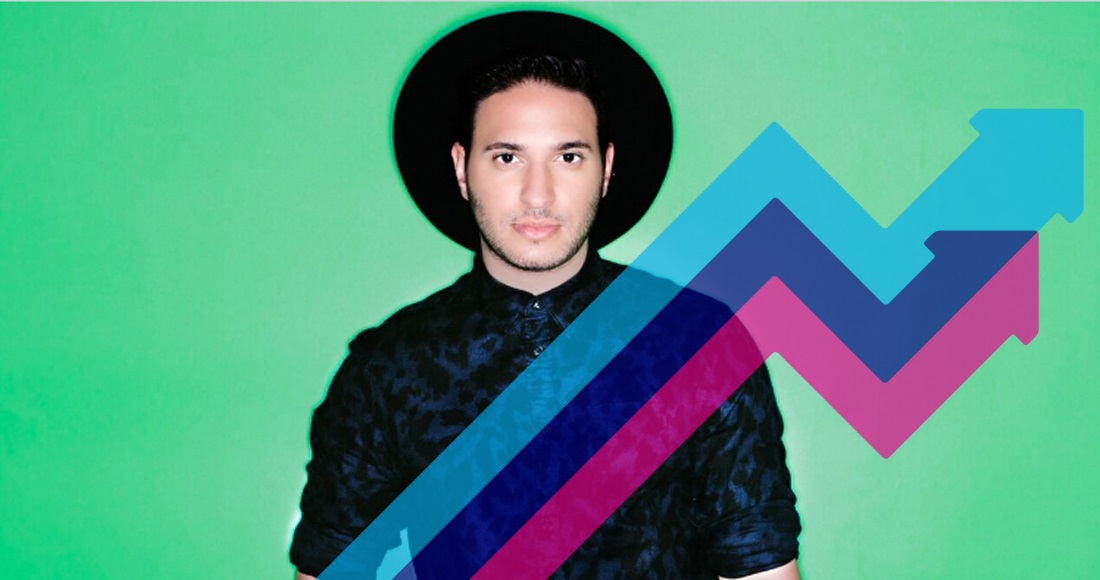 The track has been steadily climbing the Official Singles Chart since its release last month, and is set to enter the Top 10 for the first time on this Friday's Top 40. Click here to see its week-by-week chart run.

Kent Jones' meteoric rise with his track Don't Mind puts him high on the trending tally, as is Dua Lipa with Hotter Than Hell and Olly Murs with his brand new single You Don't Know Love, which is heading for the Top 20 of the Official Singles Chart come Friday.

Meanwhile, Danish singer MØ makes a strong entry with her latest effort Final Song, which looks set to be her first Top 40 single as a headline artist this week, while the similarly named British girl group M.O hit the trending tally with Who Do You Think Of?, currently up 32 places to Number 54 on the latest Official Singles Chart sales flash.

Sam Smith's cover of Whitney Houston's How Will I Know? rises following its outing on an episode of ITV2's Love Island, while Fifth Harmony's new single All In My Head (Flex) begins to make waves.