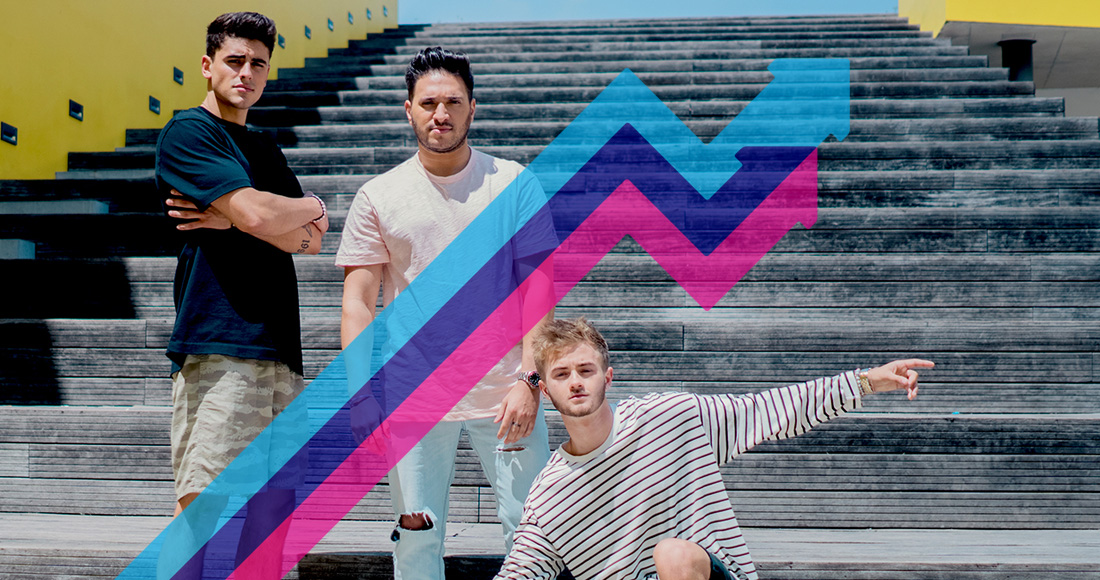 It looks like Jonas Blue has another huge hit on his hands, as his latest single Rise, erm, rises to Number 1 on the latest Official Trending Chart.

The summery track, which features US do Jack & Jack, has been steadily scaling the Official Singles Chart every week since it was released almost seven weeks ago.

Rise is set to earn the British DJ and producer his fourth Top 10 in the UK, following Fast Car (2), Perfect Strangers (2) and Mama (4). Look at Jonas Blue's complete Official Chart history in full.

Another slow burner set to reach new highs this week comes from 5 Seconds Of Summer. The title track from their Youngblood album - released 13 weeks ago - continues to grow on radio and could become their first single to enter the Official UK Top 10 in four years this week, currently at 10 in the latest sales flash.

Also making waves this week are Cheat Codes and Little Mix; their new collaboration Only You is gaining momentum and is set to hit a new peak on this week's Official Singles Chart, as is Panic Room, the club hit by Au/Ra & British production duo Camelphat.

The highest new entry on this week's Official Trending Chart goes to NHS Voices, whose all-star rendition of With A Little Help From My Friends - featuring Nile Rodgers, Alexandra Burke, Beverley Knight and loads more - is released this week to mark the NHS's 70th birthday. Proceeds from downloads of the single go to over 130 NHS charities.