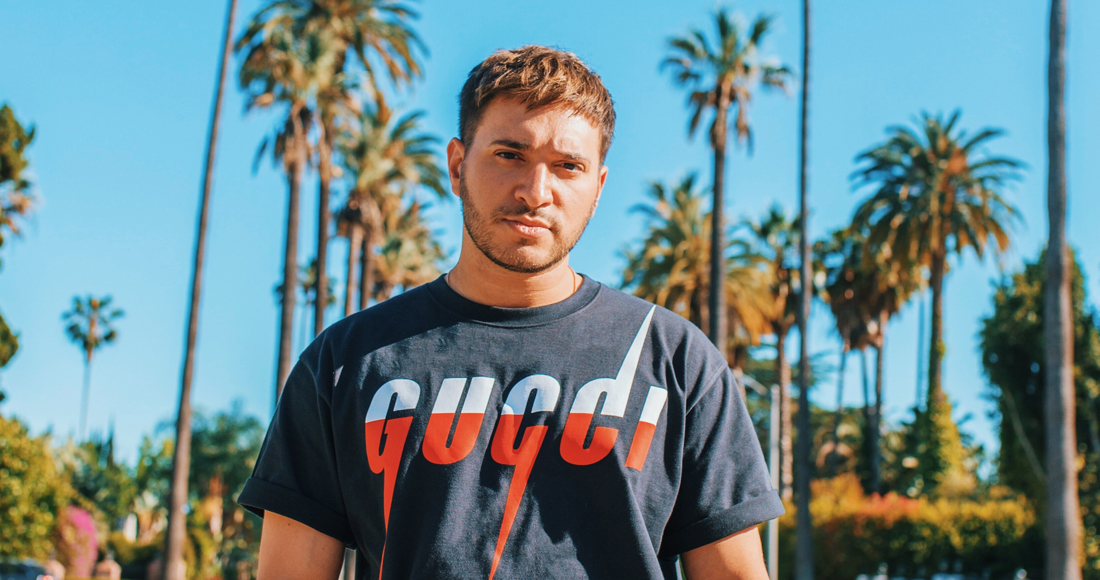 When Jonas Blue scored his breakout hit with Fast Car in 2016, it arrived during a key moment of change in the music landscape. Streaming was now dominating and music releases had been aligned worldwide, resulting in a new type of global-friendly pop with simple lyrics and sunny marimba melodies.

The formula has yet to yield him at Number 1 single, but he's come close on multiple occasions: Fast Car and Perfect Strangers both topped out at Number 2, while Mama and Rise (both nominated for a Brit Award) peaked inside the Top 5 and dominated the airwaves. His streaming figures collectively rack up into the billions worldwide - including over 800 million in the UK alone, according to Official Charts Company data. View Jonas' UK chart history in full here.

Does he consider his entry point into mainstream music a lucky moment? Speaking on our podcast Official Charts: Take The Hit, he said: "I’ve been working every single day of my career since I was 11 years old. It’s been a long time and I’ve been grafting [for years].

"When I made Fast Car it felt different. There was a feeling that happened. That three minutes and 12 seconds changed my life. It was part lucky, [but] first you have luck, and then after luck you’ve got to have consistency. The follow-up was a risk because everyone said to copy Fast Car, and then I went with Perfect Strangers, which was this big brass dance track with JP Cooper singing over the top, and it worked.”

When it comes to breaking into the competitive world of Top 40 friendly dance-pop, Jonas says, unflinchingly, the best advice he can offer is to "steal from the best"; inspired by words said by Max Martin, the world's most successful pop producer, during his winner's speech at Sweden's Polar Prize in 2016. "Some people are lucky and they have a style straight away and it’s totally original, but part of the learning process for me [was to] copy from the best. That’s what I did in my early years, and then it started to morph into my own sound."

Jonas recently notched up his ninth Top 40 on the Official Singles Chart with Tiesto and Rita Ora collaboration Ritual; and three and a half years on from Fast Car, Jonas describes the pressure to consistently turn out hit singles as "very difficult". With Ritual still climbing the charts, he's using the moment to revisit his roots with the release of club track I Wanna Dance, Jonas' first ever song featuring his vocals.

"For me, my biggest goal is being able to keep making music that I love," he explains. "I want to be around a long time and I want to be the soundtrack to people's lives. I get messages all the time saying my song was their song at their wedding, or they walked down the isle to that [song], or this is our baby’s favourite song. That for me is the most incredible feeling in the world, when you’ve written a song that translates and means something to be people.

On Official Charts: Take The Hit, Jonas also talks about the possibility of aiming for the Christmas Number 1 single and the most expensive items he's splashed out on (including getting his swimming pool re-tiled with his logo in it!).