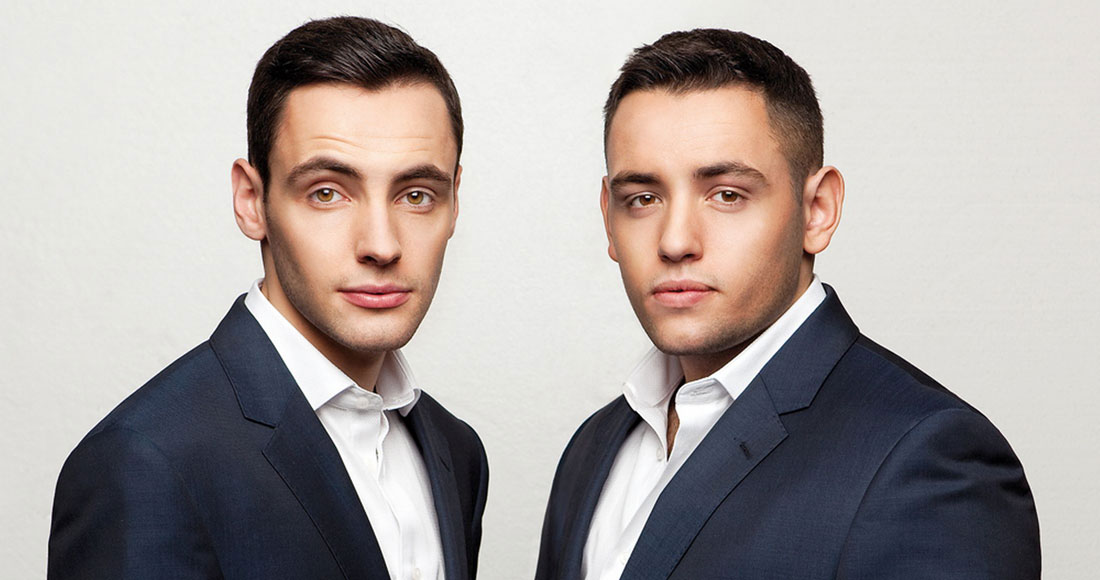 Britain’s Got Talent stars Richard And Adam battle it out with Rudimental, John Mayer and Travis to hold onto the UK’s Number 1 slot.

Britian’s Got Talent duo Richard And Adam have a fight on their hands if they want to hold onto the Number 1 spot on the Official Albums Chart for a fourth consecutive week.

The brothers from Holywell, North Wales, face tough competition from the likes of Rudimental, John Mayer and Travis in the race to this week’s albums top spot. According to today’s Official Charts Company sales data, Richard And Adam’s album, The Impossible Dream,is still in pole position. However, with just 2,300 copies currently separating the Top 4, the race is far from over!

East London collective Rudimental who appeared at last weekend’s V Festival, hold firm at Number 2 today with their debut full-length, Home, while US singer songwriter John Mayer is new in at Number 3 midweek with his sixth studio album, Paradise Valley. The album features a collaboration with Mayer’s current girlfriend, Katy Perry, entitled Who You Love.

Meanwhile, Travis make a welcome return to the Official Albums Chart with Where You Stand (4), which is their first new album in almost five years. The Scottish quartet have clocked up six Top 10 albums over the course of their 16 year career, including two Number 1s (1999’s The Man Who and 2001’s The Invisible Band). This week’s Official Albums Chart Update Top 5 is completed by Imagine Dragons’ Night Visions, which is down two places to Number 5.

Tired Pony, who boast Snow Patrol’s Gary Lightbody, Belle And Sebastian’s Richard Colburn and producer Jacknife Lee among their ranks, look set to debut at Number 6 this weekend with their first album, The Ghost Of The Mountain. Odd Future’s Earl Sweatshirt is also Top 10-bound with his debut solo album, Doris (9).

Former Del Amitri frontman Justin Currie is on course to make his first Official Albums Chart appearance as a solo artist with Lower Reaches (24), while new Infectious Records signings Drenge are new in at 30 with their eponymous album.

Husband-and-wife team Derek Trucks and Susan Tedeschi, AKA The Tedeschi Trucks Band, round off this week’s new entries with Made Up Mind (33).