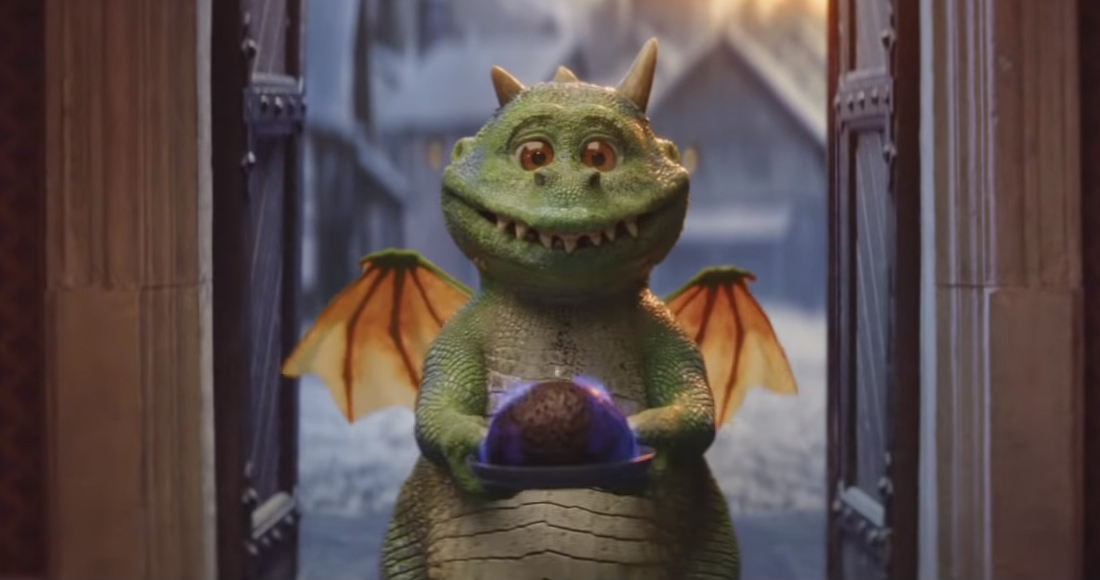 Seen by many as a signifier to the start of the festive season, this year's John Lewis Christmas advert - a joint effort with sister retailer Waitrose for the first time - tells the story of young girl Ava and her friendship with a cute young dragon.

Bastille's frontman Dan Smith performs the theme song, a cover of REO Speedwagon’s Can’t Fight This Feeling. The song was originally a Number 16 hit on the UK's Official Chart in 1985.

The advert sees Ava's dragon friend, called Excitable Edgar, causing catastrophe in their medieval-style village as his out-of-control fire-breathing turns an ice skating rink into a puddle and destroys a Christmas tree.

Worried he will ruin Christmas celebrations even further, Edgar shuts himself away, but his best friend Ava finds a way for his fire-breathing to help make the festivities ever better.

Bastille's rendition of Can't Fight This Feeling is expected to be released next week and becomes an early contender for this year's Official Christmas Number 1.

UPDATE (Nov. 19): Bastille's full version of the song is now out. Listen below:

Artists who have previously performed songs for the John Lewis Christmas advert include Lily Allen's chart-topping cover of Keane's Somewhere Only We Know, and Gabrielle Aplin's haunting take on The Power Of Love, a Number 1 hit in 2012. Read more on Christmas advert songs that conquered the UK chart here.