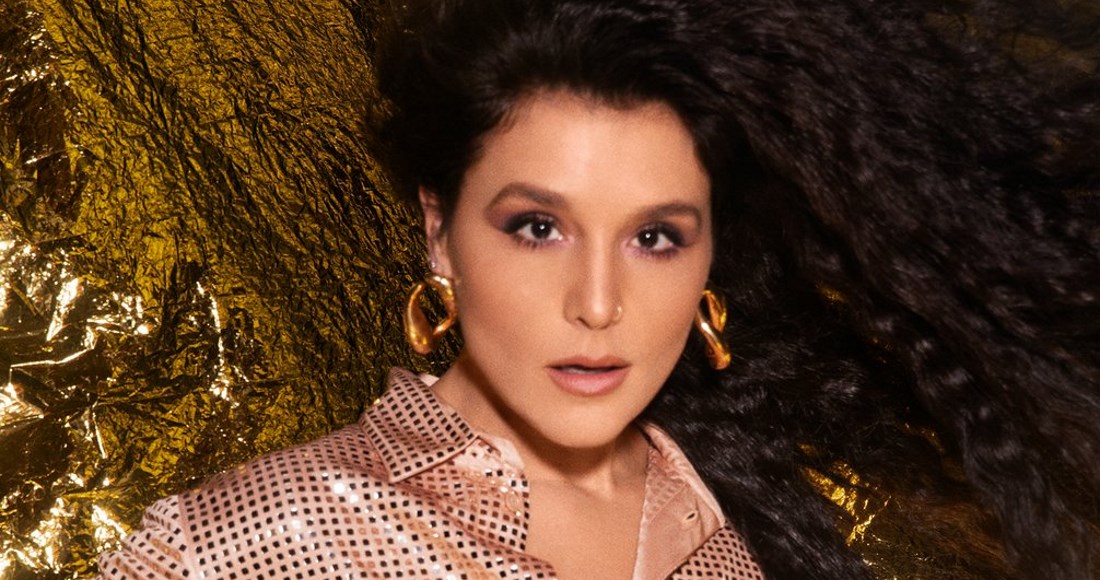 It feels like everything is falling into place right now for Jessie Ware.

The London vocalist and podcaster is riding a wave of momentum following a euphoric performance of her new single Remember Where You Are on last Friday's edition of The Graham Norton Show, warmly received by her loyal fans, and it earned her plenty of new ones too. Jessie fought hard for the song to gain single status, a pitch made a little easier thanks to an endorsement from Barack Obama of all people.

Off the back of the performance - which she also announced her pregnancy in - her fourth studio album What's Your Pleasure? is on track to return to the Official Albums Chart Top 10. It would mark the album's second week in the top flight after debuting at Number 3 last July, her highest position to date, and fourth consecutive Top 10 entry. Not to mention, she's got a deluxe edition on the way, which we're told is getting mixed and mastered this week.

The stars have aligned, but Jessie is humble in that she knows this is a rare occurrence for any act.

"I think that this happens only once in a blue moon for an artist," Jessie tells us over Zoom. "Whether it’s the weather, the political situation, the song, the feeling from the artist, there are so many factors, some of which are out of your hands."

So what is it about Remember Where You Are that made Jessie so determined to make it a single?

"There’s that sense of togetherness with it,” Jessie explained. “The fact the chorus is not just me singing it, it’s not meant to be. It is everyone together. For it now to be coming out during a pandemic… we can see that light at the end of the tunnel, it feels quite poignant to be bringing it out now.

"I believed it in so much that it is so nice that it has paid off. It’s given me such confidence to trust my taste and that I knew what I was talking about. [laughs] I’m learning more and more about myself and what makes me the artist that I am that people respond well to."

And respond well to it the British public did. The album has scored the second-most downloads of the week so far, behind new release Medicine At Midnight by Foo Fighters. We’d say that’s pretty good going for an album released last June.

“I feel great,” Jessie beams to us. “That Graham Norton performance… I’ve never had a TV performance that has done that. The response – this has never happened to me in my career. The fact I’m going to chart again with my album eight months down the line solely off the back of a performance of one song! I believed that Remember Where You Are could connect to people, particularly at this time. I’m very lucky that Graham allowed me to perform it. It’s magic.”

Next for Jessie is the release of Remember Where You Are’s short film, which Jessie was tight-lipped about, but said that she couldn’t believe the “so bloody exciting” visual was happening.

Following that, Jessie has been hard at work on a deluxe edition for What’s Your Pleasure?. After teasing the possibility of it on Instagram, she then confirmed its existence on Twitter in January, with fans responding with a chorus of “Yas Queen” and a flurry of creative treatments for what the artwork and vinyl should look like. Jessie explains that gold is the front-runner with her fans, but she joked that she’s “not sure if the budget will stretch to that”. She is looking to keep it simple, but different from the white and black variants of WYP? that are currently available.

So what can expect from the deluxe? Jessie said she’s going to be generous, and “not just include three remixes”.

“I had so many songs that didn’t make the record… but that doesn’t mean they’re not good! I wrote maybe 40 or 50 songs. I know that my next record is not going to be the same as What’s Your Pleasure? so when I listened to them, it felt maddening that I had all these brilliant songs that I couldn’t [originally] put on the record. They fit so well in this What’s Your Pleasure? world so it made sense to keep them for this rather than to make another record.

"So there’s some songs that didn’t make the record because I needed to tell the right story with What’s Your Pleasure? and now actually, weirdly, the deluxe has created this new story and the new songs work really well together which is exciting. I think that if my fans liked What’s Your Pleasure?, this will keep them dancing a bit longer.”

Aside from any unreleased gems, could we be getting a new song with Kylie Minogue? The Australian chart legend hinted that she would get into the studio with Jessie on her Table Manners podcast, but did they manage to record anything?

“I’m working with her. It’s happening. Maybe we wouldn’t have thought to work together if we hadn’t had made similar albums? We hit it off over a halibut. Christmas cards and everything!”

The new single edit of Jessie Ware's Remember Where You Are is out now, with the deluxe edition of What's Your Pleasure set for release later in 2021.