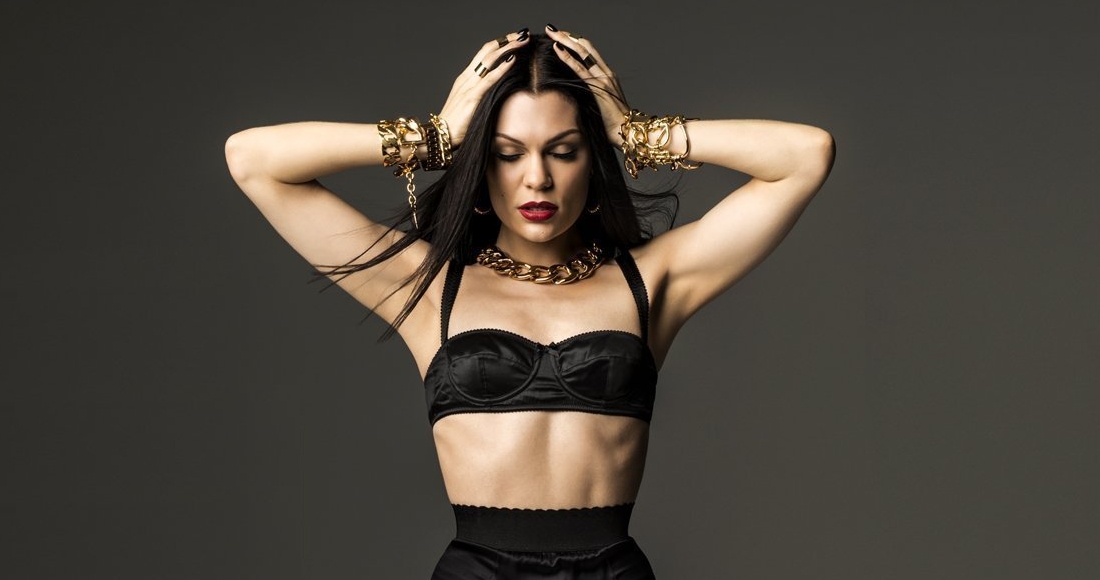 Ahead of listening to the the singer’s third studio album Sweet Talker, the label and Jessie – who made an appearance at the end – were refreshingly honest about Alive’s middling success, labelling it “that difficult second album” and revealing Jessie took a brief moment out of the spotlight to “lick her wounds” before commencing work on album three.

Alive peaked at Number 3 on the Official Albums Chart this time last year, has sold just over 180,000 copies and included two Top 10 singles. It was by no means disastrous, but they’re disappointing stats when compared against her 2011 debut Who You Are, which has shifted 1.2 million and spawned seven Top 10s, including Number 1s with Price Tag and Domino.

Unlike her previous efforts, the line-up of songwriters and producers on Sweet Talker is extensive to the point of fail-safe; including Max Martin (Britney Spears, Pink) - who helmed its chart-topping lead single Bang Bang - Wayne Hector (One Direction, Girls Aloud), Steve Mac (Shakira, JLS) and of course Jessie herself, who is credited on six of the LP’s 15 songs. Her scaled-down involvement, she says, was “to allow myself to be inspired in a different way and let go of some control.”

But how does the resulting album sound? We reveal what you can expect from Sweet Talker:

Sweet Talker kicks off with a mission statement on which Jessie declares she’s upped her game in a bid for chart domination once again. “I’m gonna do it like it ain’t been done/ On top only just begun/ Better believe I’ll be Number 1,” she sings on the chorus over a sassy and strutting beat.

Recently unveiled as the album’s second single, Burnin’ Up kicks off with a dramatic intro of rawk guitars and echoed vocals before descending into a mash-up of slick handclaps and whirring sirens. “I’ve got the matches you’ve got the gasoline/ Light up the floor like it’s Billie Jean,” Jessie sings, while rapper 2 Chainz brags about his pulling skills in the club. The result sounds like the louder, brasher sister to Cheryl’s Crazy Stupid Love.

This thumping midtempo R&B banger hears Jessie insist that she’s more likely to be won over by words than looks. “You ain’t gotta look like a movie star,” she says, before cooing: “Sweet talk me all night” on a chorus that soars majestically.

The album’s lead single recently became the star’s third UK Number 1 single. Given it’s a triple threat collab with Ariana Grande and Nicki Minaj, it’s hardly a surprise that it’s gone on to be a global smash, but Bang Bang regardless is easily up there with Jessie’s best.

Sweet Talker’s first real ballad is co-penned by John Newman and, unsurprisingly, it’s a biggie. After an extended intro of dramatic strings and rumbling beats, Jessie sings: “He is the flame that draws me in, that burns within,” before belting: “Fire, fire, fire, I never wanna put him out” on a crashing finale. Expect this to be given the single treatment further down the line.

Unlike its predecessor, this ballad’s bobbing beats and gentle acoustics offer a stripped-down moment of relief. That said, it’s no less emotional, with Jessie admitting to “crying all night” as she sings about doomed love and “getting too hurt to know you.”

A Jekyll and Hyde of a song which, despite not being penned by Jessie (it was co-written by Demi/Scherzy hitmaker John Alexander), feels like it was written specifically with her in mind. On the in-yer face verses, Jessie sing-speaks about being “ferocious, precocious” and how she can “roll with the punches and take the hits”, while on the chorus she professes: “You haven’t seen the best of me, I’m still working on my masterpiece” on a singalong piano-pop chorus.

Seal Me With A Kiss FT De La Soul

The finger-snapping Seal Me With A Kiss is every bit the R&B throwback you’d expect a Jessie and De La Soul hook-up to be. “Take me, love me with your lips/ Seal me with a kiss” Jessie coos on the chorus, while the ‘80s-styled production during the rap trio’s segment harks back to the days of classic Janet Jackson.

“I think you might have said too much, man you really messed me up,” Jessie belts on this song about attempting to piece back together a fraught relationship. Like most of Sweet Talker, there’s a solid pop chorus to be had, but truth be told, this one feels a bit lost amongst the bulky tracklisting.

Helmed by Tricky and The-Dream (Beyonce, Mariah Carey), Loud hears Jessie speak out against her detractors, claiming: “Hate me when I’m alive, love me when I’m down.” over theatrical strings, before a lighter-waving chorus ensues.

Similar to Seal Me With A Kiss, Keep Us Together is another slice of ‘90s throwback R&B-pop. “Are we gonna walk out when it rains?” she sings over twinkling piano and thumping handclaps on this track about enduring love, before asking: “Have we go enough of our love to keep us together?” The result is a sound that suits her voice remarkably well.

Written by Jessie with pop ballad aficionados Steve Mac and Wayne Hector, Get Away is a stripped-down slowie that allows Jessie’s voice to take centre stage. “Ours is a different kind of love,” she sings, before confessing: “It used to be saving us, now it’s just breaking us.”

Another MASSIVE chorus, but this time of the ‘80s power-ballad variety. “No matter what, I won’t go back to who I was,” she insists, before the air drums and her voice take flight on the chorus. After the playback, Jessie told OfficialCharts.com that this song was the most vocally challenging on the record, and we’re not in the least bit surprised.

The tempo is raised back to bouncy pop levels with Strip, on which Jessie demands her man to stop trying to impress her with flashy gimmicks. “You think you’re trashy, the things you do/ I call it trashy,” she says, before asking: “Tell me your secrets and not your lies” on the chorus. Production-wise it harks back to her former Number 1 Domino, which is obviously no bad thing.

You Don’t Really Know Me

Jessie closes Sweet Talker with a confessional about life since finding fame. “Even when I’m falling/ I see my life is like a dream/ But I’m fighting through a nightmare/ ‘Cause I’m not really being me” she sings over little more than an acoustic guitar on the chorus.