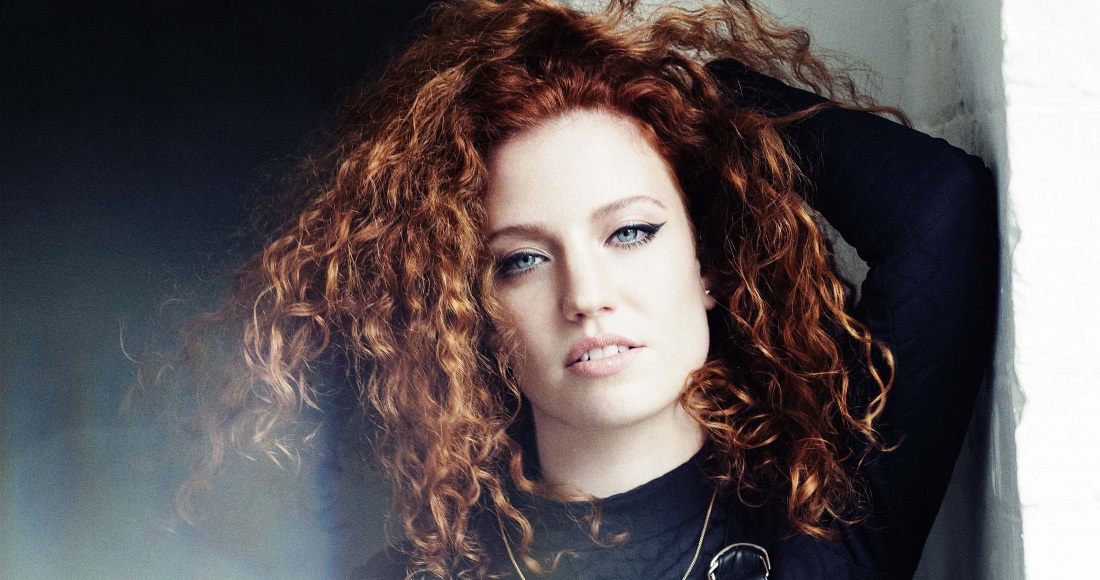 Not many pop stars can boast four Number 1 singles before releasing their debut album. Enter Jess Glynne; the singer-songwriter who has taken the Official Charts by storm over the last two years.

As well as taking the top spot guesting on Clean Bandit's Rather Be, Route 94's My Love and Tinie Tempah's Not Letting Go, she proved she can also make it to the top on her own with Hold My Hand back in April (check out her full Official Chart history here).

Ahead of the release of new single Don’t Be So Hard On Yourself this Friday (August 14), and her debut album I Cry When I Laugh later this month (August 21), Jess talks to us about her sudden rise to fame, debut album and obsession with Timbaland. Here's what we learnt:

Her debut album I Cry When I Laugh is inspired by the soul, R&B and pop she listened to growing up.

"I’ve taken all those inspirations and put them into this album, it’s definitely got a real soul element to it. I was listening to a lot of Frank Ocean and Prince when I was writing, and I love Mavis Staples’ I’ll Take You There. Looking back, I think Right Here is actually pretty far from the sound of the rest of album. I’d say Hold My Hand is the beginning of the sound of the album."

"I created the skeleton of the album with a guy called Knox Brown. We created the soul, the sound and the structure of it. When I got involved with Starsmith (Ellie Goulding, Kylie) we went to the next realm and took it from one place to another.

"There’s a song on the album with Steve Mac and Wayne Hector called Take Me Home which was just an amazing moment. I wrote the song and then I went in with them and reworked it. It was the best reworking session ever!

"I worked with Jin Jin (Olly Murs, Little Mix) too - she’s really the only consistent songwriter throughout the album."

She had a thing for divas from a very young age...

"I just became obsessed with all the music my parents played me. I used to steal their CDs and records, I just loved listening to amazing voices. I remember becoming obsessed with Whitney Houston, Mariah Carey and Aretha Franklin and I used to just obsess over singing their songs. I would listen to the song and then record myself singing in acapella using my tape player – it was amazing!"

The first single she bought was Craig David’s 7 Days.

"It was amazing, I think I had it as a tape. I always got the tapes. I remember I had You Make Me Sick by Pink, You Remind Me by Usher and 7 Days by Craig David – those are the three that I really remember."

Amy Winehouse gave her the confidence to pursue a career in music...

"I have so many inspirations that I can’t really put it down to one, but Amy was a massive inspiration for giving me the confidence to do the thing I really wanted to do - she honestly spurred me on.

"She came along with this amazing album Frank and it became the soundtrack to my life. At the time my parents were like, ‘Oh my god we can just see you doing this' and I was like, for f**ks sake I’m never going to be able to do it now she's doing it so well, but I love her. My dad would tell me I could do it and I’d be like, 'Seriously, come on?'. I didn’t have the confidence in secondary school to really step forward and I think Amy’s lyrics and songs really got into my head and became a massive inspiration."

…but Prince is her ultimate musical idol.

"When you’re listening to a Prince album you’re in it; it’s not just on it the background. I wanted to make an album that feels like that. I Wanna Be Your Lover is one of my happy songs, it just makes me feel better straight away."

She's already picked her 'first dance' song for her wedding.

"It'll be The Staple Singers' I'll Take You There. I’ll always put it on if I’m ever in need of a pick me up. It’s my favourite song in the whole entire world. I love loads of songs but that one song is ‘my song’."

"I met him at South By Southwest and I don’t really get starstruck but I actually felt sick when I met him. When you actually see that person in the flesh and they’re having a conversation with you, it’s the most amazing feeling. I remember when I first sat down with my management and they asked me who my dream producer would be and I said, 'Timbaland'. I grew up on Aaliyah and I’m obsessed with him and Justin (Timberlake) - just everything he’s ever produced."

Hold My Hand topping the Official Singles Chart was a particularly emotional moment for her because of the meaning behind the song.

"Despite the success of Rather Be (with Clean Bandit), My Love (with Route 94) and Not Letting Go (with Tinie Tempah), Hold My Hand felt like my first Number 1. It was a totally different feeling that I just can’t describe. It was a lot more emotional.

"It's a song that really means something to me and it obviously captured that for a lot of people, hopefully for similar reasons. And they made it Number 1 for not just one week, but for three!

I celebrated with Jin Jin (who co-wrote the track with Glynne, Clean Bandit’s Jack Patterson and Ina Wroldsen) and producer Starsmith, we had a quiet drink in London and it was really nice."

Jess Glynne releases Don't Be So Hard On Yourself on August 14. Her debut album, I Cry When I Laugh, follows on August 21.