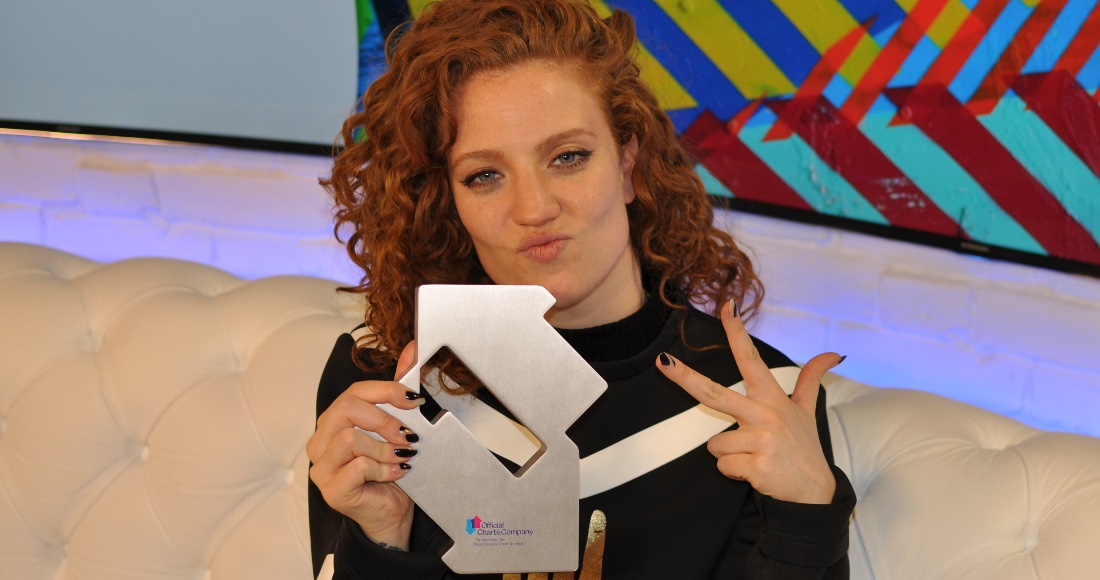 Jess Glynne has achieved a feat that no other British female has managed in the Official Singles Chart's 66-year history.

Hitting Number 1 as a featured artist on Rudimental's These Days, Jess has scored her sixth UK chart topper - the most for a British female solo artist.

"I can’t believe I have reached six Number 1s at this point in my career," Jess told OfficialCharts.com. "It still feels like I’m at the beginning of everything. I have to thank all the artists that have been involved in all the songs that have reached the Number 1 spot 'cause it’s not just been me.

"I also have thank my fans who have been with me from the beginning and all the new ones who have joined the journey. Now on to round two... Soon come."

For the last two and a half years, Jess has tied Cheryl's chart record of five UK Number 1s, but now surpasses the former Girls Aloud member's tally to stand on a pedestal all of her own. Jess made history in just four years and two months, her first Number 1 charting in January 2014.

Jess' six UK Number 1 singles are: Rather Be (with Clean Bandit); My Love (with Route 94); Hold My Hand; Not Letting Go (with Tinie Tempah); Don't Be So Hard On Yourself; and These Days (with Rudimental, Macklemore and Dan Caplen). View Jess Glynne's complete Official Chart history here.

To put Jess' success into perspective, the only three international female soloists to have more UK Number 1 hits than the Londoner are Madonna (13), Rihanna (9) and Kylie Minogue (7). Jess is joint-fourth among all female acts, tied with Britney Spears (6).

In the UK, Cheryl has five Number 1s to her name, while Rita Ora and Geri Halliwell have four - though Geri is the only artist to manage that string consecutively.

Watch back when Jess scooped her first UK Number 1 as a soloist for Hold My Hand below: