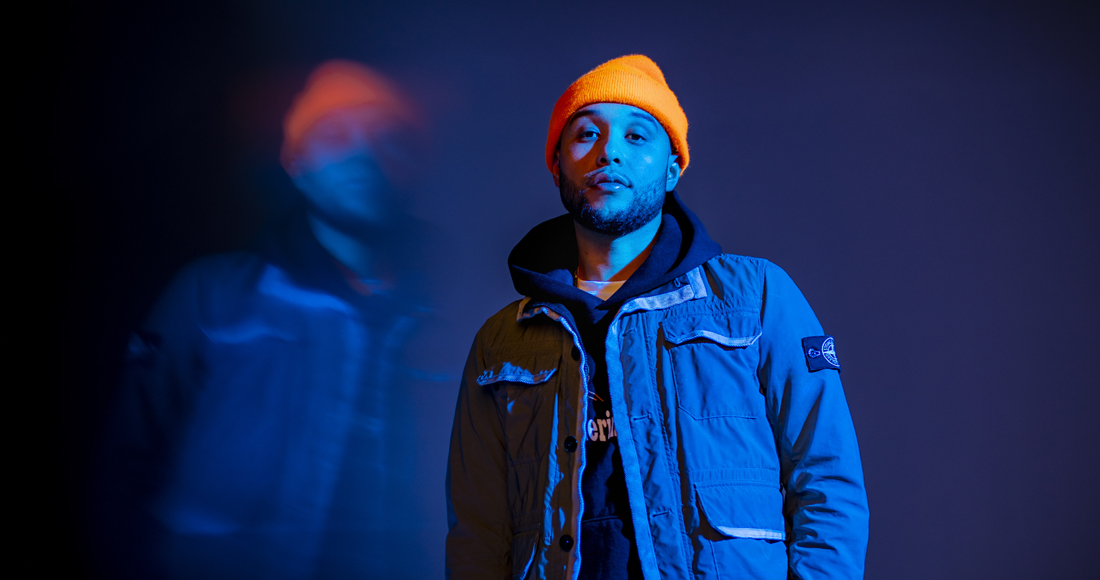 Our interview with Jax Jones takes place in the office of Tom March, the President of his record label Polydor. As well as a penthouse view over King Cross’ newly developed Coal Drops Yard, gold discs and other pop paraphernalia of the label’s successes and war stories are scattered across the room. Given Jax is their biggest British breakthrough success story of recent years, it’s difficult not to feel a sense of Teacher’s favourite about the setup.

“I actually try to not come in to the label as much as possible,” Jax protests with a knowing wink. “It’s good to be mysterious, to be this person who just delivers songs and they go on to do well.” His voice goes high. “Ooh, how does he do it?” In addition to a round of press interviews, Jax says he’s made an appearance at the office to collect several platinum discs. “I requested them!” he laughs. On the face of it Jax Jones is a joker, but he knows better than most that pop is a serious business.

Since Jax Jones, born Timucin Lam, emerged in 2016, he’s dependably delivered hits – a total of nine Top 40 singles, to be exact - and been a staple on mainstream radio with earworm hits such as You Don’t Know Me, Instruction, Play and Breathe. You’ll be hard pressed to find someone else with that level of consistency in pop at the moment. 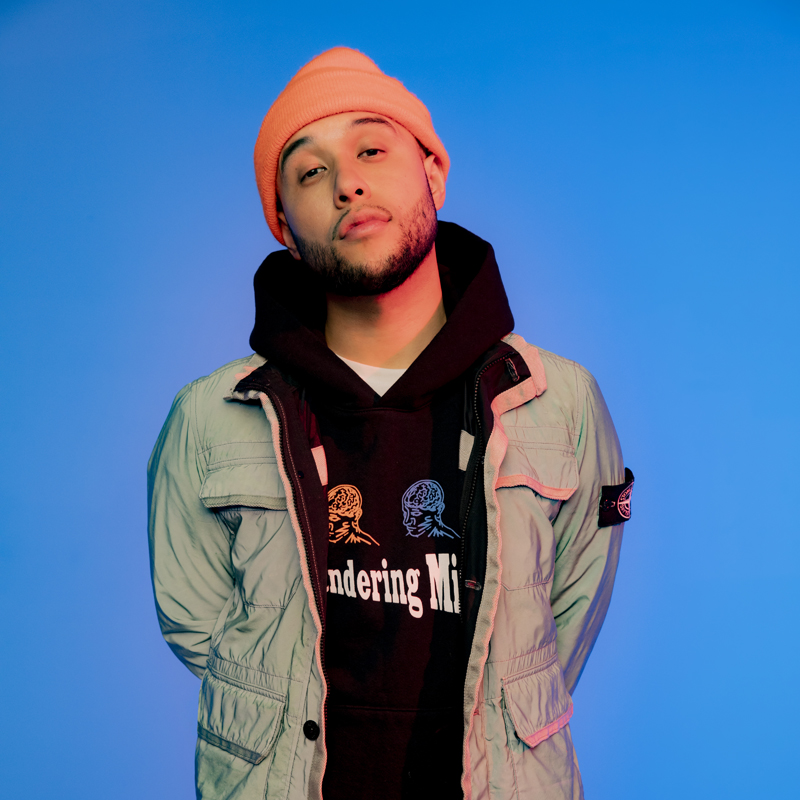 Chart success for Jax arrived in the early days of the streaming era, when the rise of anonymous, guest featuring pop-dance was turning producers such as Jonas Blue and Sigala into stars. However, his background and musicianship means he’s more comparable to Calvin Harris and David Guetta. Like them, he has history. In the early 2000s he was part of Brixton’s grime and garage scene, scoring his first solo studio time at 17 thanks to local council funding and charities. He then swung in the polar opposite direction and formed an indie-pop band inspired by, he says, Coldplay, The Script and MGMT. It was short-lived, and he went on to be a background musician for pop acts such as N-Dubz and Tinchy Stryder.

The sidestep into house-pop and the creation of Jax Jones came about via Duke Dumont, a producer-popstar he was working with in the studio at the time when Duke landed Number 1s with Need U (100%) and I Got You. One of Jax's early songs, House Work ft. Mike Dunn and MNEK, failed to set the charts alight but it was, he says, “the moment everything clicked into place” (the “whatcha-watcha-gon’-do?” line sung by MNEK in the song is now tagged in most of his tracks).

“I’ve paid my dues a little bit, if you can say that about yourself,” he says. “I believe you are the sum of your artistic diet. When I was in the band I learned how to write songs with some of the biggest artists in the world – I take all the lessons from the past into what I do now.”

His debut album, Snacks, is officially out this week but has effectively been out since last November, when it was released as an EP featuring the singles he’d put out up until that point. He’s been adding to it ever since and the final “supersize” edition features a sprinkling of new material to turn it into a 15 track collection.

“Snacks came out as an EP because I didn’t anticipate ever releasing an album,” he explains. “Because I don’t sing my music, some people might only be a fan of one or two of my songs. The album is about bringing that all together. It’s usually the more underground artists who make albums. Typically for pop single guys like me the album is a vanity project or a collection of the weaker songs.”

It’s the first time an artist has adopted such a release strategy, and it makes sense for an artist whose audience is predominantly on streaming platforms. Early signs are promising: two weeks before its full release it was BRITs certified Silver by the BPI. This week, the record looks set to go Top 10.

Is he nervous being the pilot for a previously untested release strategy? “A bit,” he admits. “It feels like a good idea though, I think? To get a Top 10 would be such a big achievement for me. The way we’ve got there… if I’d released all these songs in one pop I wouldn’t be here now. These days it’s a lot more difficult to get people to listen to an album. This basically allows me to have my cake and eat it too, which I like.”

Guest stars on the supersize edition are Swedish pop singer-songwriter Tove Lo on the electro-throbbing current single Jacques, while elusive X Factor finalist Ella Henderson makes a welcome return on This Is Real, also destined for single status in the coming months. “I feel really passionate about the Ella track as well,” he says. “It’s a classy banger. Because I’m so used to controlling things by doing one track at a time, dropping the album and seeing which tracks people go to will be a new experience for me.” 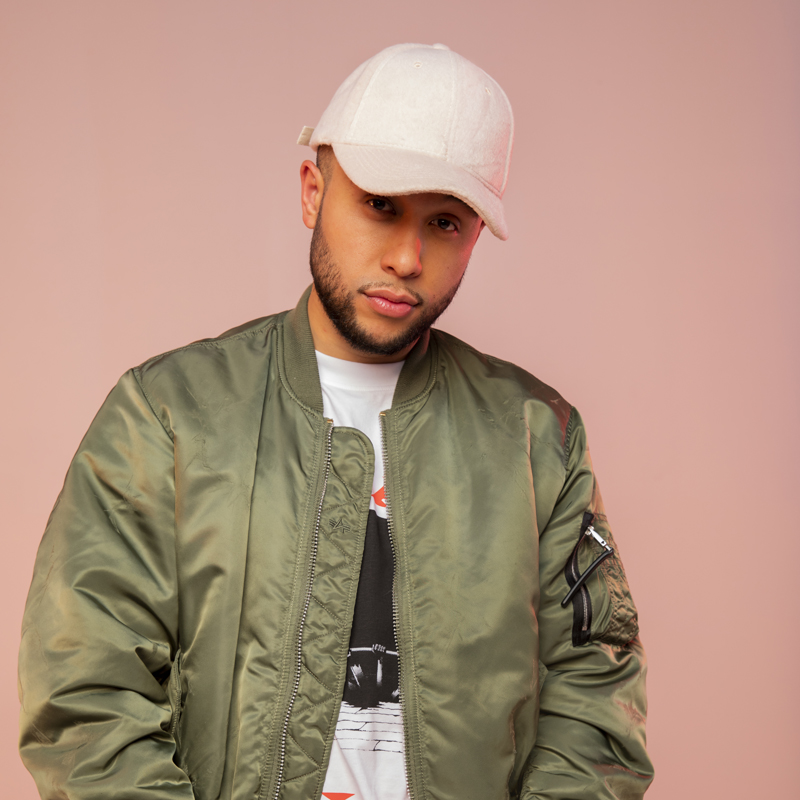 Jax himself makes a rare vocal appearance on All 4 You, a song he describes as “a melancholic track with Bruce Horsby style pianos that I’m singing in a Hot Chip style vocal”. Will he sing more in the future? “I want to. Because I write songs myself… it’s basically about getting used to the sound of my own voice. I have made a song where I’m singing – like properly singing – but I wasn’t ready to put it out.”

Following Snacks, Jax has lots more new music lined up, and it could continue under the Snacks theme. “I’ve actually written a song with Raye called Cake which we haven’t finished. I’m thinking Snacks is going to continue, maybe with some spinoffs. You could have the mains [courses], or late night snacks could be the clubbier stuff. The challenge for me is to keep the music interesting for everyone. House music producers often don’t write their songs, but that’s a big part of my success, how to make great lyrics and dance music work together.”

Snacks by Jax Jones is out now.