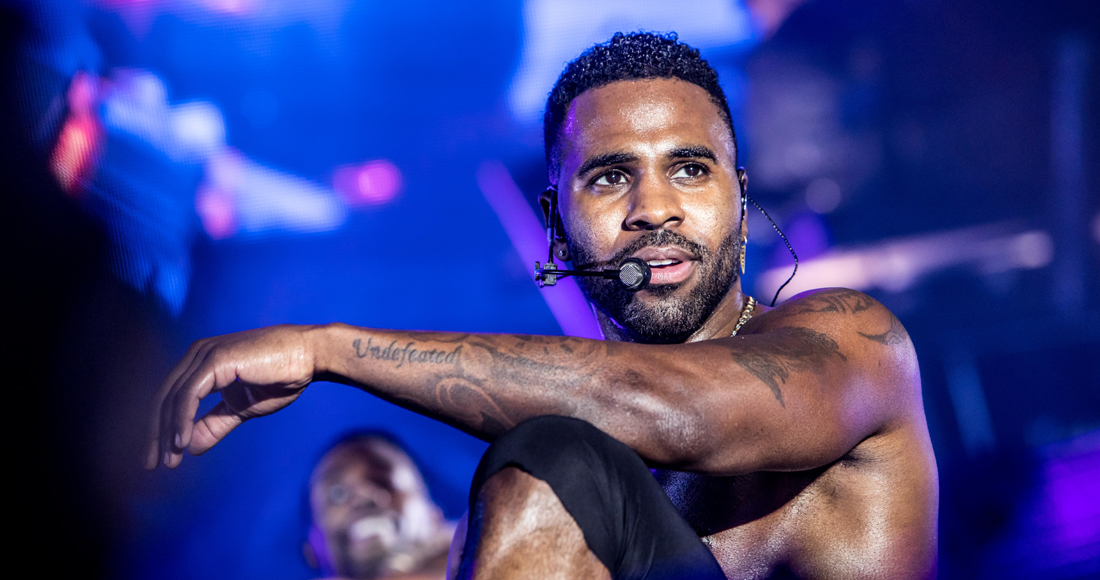 For the past ten years, Jason Derulo has been a regular fixture in the pop landscape.

His breakout hit, 2009's Imogen Heap-sampling Watcha Say, remains a wonderfully wonky if brave choice of debut single, while subsequent releases saw him usher in the R&B-dance-pop sound that dominated the first half the decade.

Since then, he's genre-hopped his way around straight-up pop, latin-pop, EDM, trap and recently country, collaborating with Florida Georgia Line on Women back in January.

His latest track Too Hot, released this week, is a late-summer hip-shaker that samples Chaka Demus & Pliers early '90s dancehall hit Murder She Wrote. It's the first in a flurry of new music from Jason, who hasn't released an album since 2015's Everything Is 4, but has put out plenty of one-off singles.

We spoke to Jason over the phone at a wholly unreasonable hour (for him) to talk about the upcoming music, the new crop of pop stars and working alongside acting superstars Judi Dench, Idris Elba and Ian McKellen in the forthcoming Cats film.

Hello Jason! By our calculations it’s 1am in Los Angeles right now. Bit late to be working, isn’t it?

"For me, unfortunately, it’s normal [laughs]. I’m in bed bro! I’ve been having quiet nights for the last couple of weeks as I’m doing a Men’s Health cover shoot in a few days. I’m not really drinking alcohol and I can’t eat real people food."

Do you have a bed time routine?

"I can fall asleep anywhere and anytime, but switching the TV on usually helps."

You have a new single out, called Too Hot. It’s essentially a summer party in 2 minutes and 40 seconds.

“Basically, yes. I’m excited because the plan is to release a ton of new music. It’s been way too long. I’m about to release a whole bunch of new s**t."

Were you in any way hesitant about about interpolating Murder She Wrote, given it's a proper dancehall classic?

“I was all about it. I’m from Miami and I don’t know if there is a bigger song in Miami. It’s so iconic. It was a lot of fun to work on. The original is way before my time, but it still reminds me of being at a sweaty-ass hot party that you probably shouldn’t be at.”

Your output is pretty incredible. Since your debut single in 2009 not a year has passed where you haven't released something.

"I make music all the time. To me, it feels like I haven't been putting enough out lately. I’ve had a lot of great songs just sitting on my hard drive for a while now, which feels a bit pointless, so I’m going to release it now."

What’s been going on?

“Sometimes a lot of politics can get in the way of releasing. The last few singles – Swalla, Tip-Toe Goodbye, If I’m Lucky - they won’t go on the next project. Those songs have had their time. Even though putting them on an album would make it go platinum in two seconds, it’s not about the numbers. These are brand new songs, brand new vibes.

You're one fo the few artists out there who is able to switch up genres fairly effortlessly single-to-single. Does that continue on the next project?

“I’m just a fan of music in general. When I first started writing it I didn’t know what genres were. I still see myself that way. I’m very genre-less in how I write music. I actually have a country record of my own coming out."

Are there any other genres you’d like to tap into that you haven't yet?

“[Laughs] Actually death metal is one of the few things I’m not into. Not really into the the screamo. Everything else, I’m good with.”

You've called your next big release a project. So it's not an album?

“It’s all done - we’re going to drop it out of the sky and I really can’t wait. We’re releasing a seven-track EP and then another one shortly after. I want to do it in doses so people will hear the songs. I still think it’s nice to give people a body of work; I’m a touring artist and I like forming a concept on the tour which comes from the album title.”

That whole idea the traditional ‘popstar package’ has fallen out of fashion in recent years, hasn’t it?

“Performing is such a lost art. I come from a different school. When I watch these award shows and I see a dude comes out in a white t-shirt, I’m like, s**t, that’s terrible man, this is what the music industry is. And that s**t happens over and over again. How is that okay? How are we okay with our award shows looking like this? I love the total package, so you know, you kind of feel a little slighted."

Do you think that’s why people are so excited for Normani? She’s the first new(ish) artist in a while to bring more of a “total package” to her performances.

“Man, it’s so refreshing. So refreshing. That’s a clear example of the difference. And peoples reaction to is like, ‘What is this? Someone is singing and dancing? I don’t understand?!’”

You're also starring in Cats. When the trailer was released, people were freaking out over how the cast looked as cats. Were you pleased with yours?

“For sure! I think I’m one of the better looking cats - they got my colours lit [laughs]. [The trailer] threw people for sure, but I think it’s incredible that people had polarising opinions – you want that because that what the original had. People love or hate Cats."

You’re a trained dancer, whereas a lot of the main cast aren't. How challenging was making the film for you?

“I think it was more fun, from the perspective of going back to old roots. I’ve studied all kinds of dance growing up, so it was great to pull from all those things, and adding 2019 into it was interesting, merging those worlds. That’s what the movie is about, merging some of the best ballerinas, tap dancers, hip-hop dancers together, it’s crazy."

Taylor Swift talked about having to go to cat school on set. Please tell us more.

“Cat school is every day, right [laughs]? Some cats don’t walk on all fours. For me, it was something I really wanted to pay attention to. The cat school teacher ended up being my best friend. When I was in the cat school on set, I was like a sponge, surrounded by all those people.”

You were amongst some amazing talent; did you make friends with anyone on set?

"Taylor has always been a good friend of mine, and Judi Dench was an absolute sweetheart. Honestly, she is an incredible woman.

Have you seen Judi Dench’s documentary about trees?

“Ummm no? Where is this? Send me a link now please!”