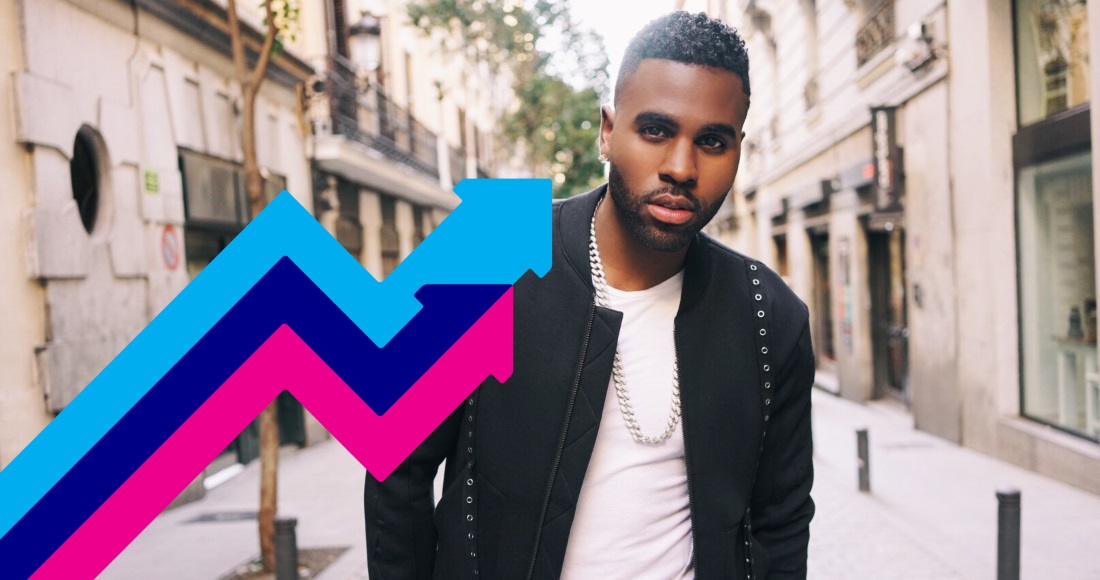 Jason Derulo shimmies up to Number 1 on the Official Trending Chart as Take You Dancing edges ever closer to the Top 10.

Jason's latest hit has been climbing for several weeks and currently sits at Number 10 on the Official Singles Chart Update. If the singer can hold on until Friday it will mark his 15th UK Top 10 single.

See all of Jason Derulo's hit songs and albums here

Also enjoying a big week and heading towards the highest new entry on this Friday's Official Singles Chart, S1mba returns with Loose ft. KSI. It's the much-anticipated follow-up to rising star S1mba's breakout single Rover ft. DTG. If it keeps on its current path the track could become S1mba's second Top 20 hit and KSI's fifth.

Hip hop collective/record label Internet Money continue to grow with Lemonade ft. Gunna, Don Toliver and Nav - up 16 places to Number 20 midweek. There are new entries from Marshmello & Demi Lovato with Ok Not To Be Ok, a single released on September 10 to support suicide prevention non-profit Hope For The Day; and the ninth David Guetta & Sia collaboration Let's Love.

Come Over by Rudimental ft. Anne-Marie and Tion Wayne is on the up and nearing the Top 40, landing on the Trending Chart just ahead of new ones from Morrison, with Brothers ft. Jordan, and Lagga by M1llionz.