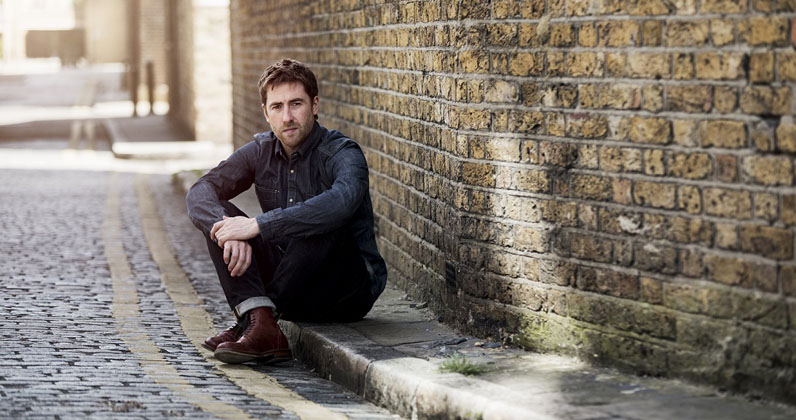 Jamie Lawson has taken an early lead in the race for Number 1 on this week’s Official Albums Chart.

The singer-songwriter’s self-titled album is currently in pole position at the halfway stage of the chart week, with double the sales of his closest competitor.

Jamie is the first act to be signed to Ed Sheeran’s label Gingerbread Man Records. The album – his first major label release - includes lead single Wasn’t Expecting That, which looks set for a second week in the Top 10 this week.

The second of an all-new Top 5 on today’s Official Albums Chart Update comes from Demi Lovato. The star’s latest collection Confident opens at Number 2 and could be her highest charting UK album yet following 2013’s Number 10-peaking Demi.

As well as an all-new Top 5, there are 14 new entries heading for this week’s albums Top 40.

French composer/producer Jean Michle Jarre is on track to land his sixth Top 10 with his first studio album in eight years Electronic 1 – The Time Machine (Number 6), Scouting For Girls debut at 8 with their fourth album Still Thinking About You, and Fightstar could land their first Top 10 album this week with Behind The Devil’s Back (Number 9).

Meanwhile, Italian composer Ludovico Einaudi is on track for the highest charting album of his career this week with Elements, new at 12, and American acapella group Pentatonix open at 13 with their new, self-titled collection.

US rapper The Game is new at 16 with The Documentary 2.5, former Westlife star Markus Feehily lands at 20 with Fire, and The Kinks’ retrospective Sunny Afternoon debuts at 23.

Further down the chart, Australian Christian group Hillsong Worship land at 24 with Open Heaven/River Wild, US star Tori Kelly is at 25 with Unbreakable Smile, and Yorkshire heavy metal band Saxon start at 26 with Battering Ram.

Finally, Slaves’ Are You Satisfied re-enters at 28 following their Mercury Prize nomination, and Coheed & Cambria’s The Colour Before The Sun (30), Bellowhead Pandemonum’s The Essential (34) and Deerhunter’s Fading Frontier (35) could all enter this week’s Top 40.