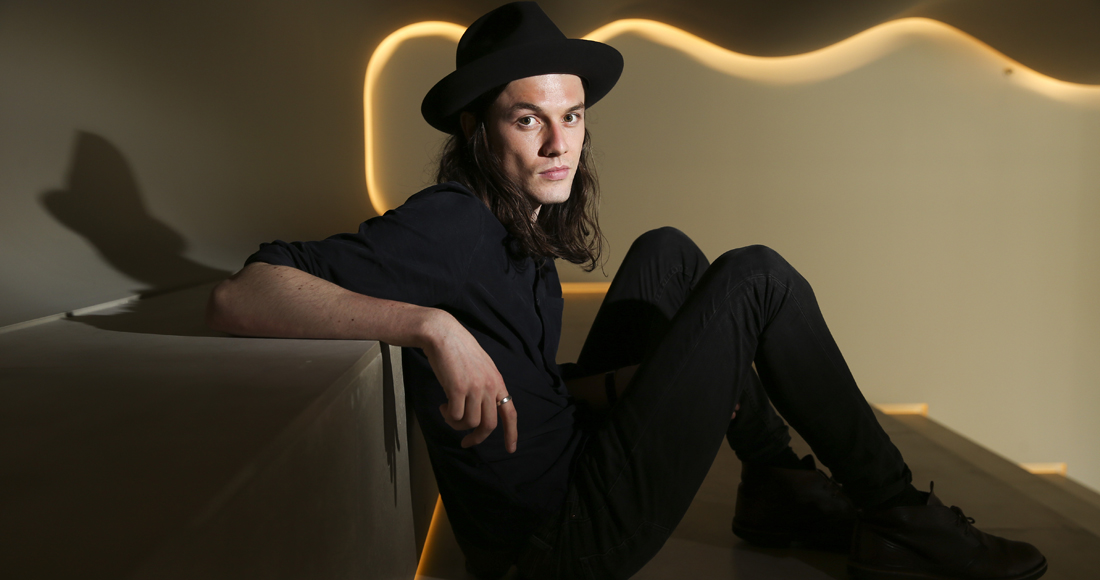 James Bay will be celebrating today as his debut album release goes straight in at Number 1 on this week’s Official Albums Chart.

The Hertfordshire singer-songwriter, named Critics’ Choice at this year’s BRIT Awards, racked up combined sales of over 64,000 to take the top spot. Chaos And The Calm was streamed almost 2,500 times over the past seven days.

Staying at Number 2 was the most-streamed album of the week, Sam Smith’s In The Lonely Hour, with 3,300 plays.  Details of how streaming is included into the Official Albums Chart can be found here.
Ed Sheeran’s x, which recently passed the two-million sales mark, is at Number 3, spending its 40th consecutive week in the Top 10.

Veteran Blues singer Seasick Steve scores a fourth Top 10 album – Sonic Soul Surfer is new at Number 4, while last week’s Number 1 from Kendrick Lamar, To Pimp A Butterfly, falls four places to round off our Top 5.

Folk singer Laura Marling lands her fourth Top 10 album, with Short Movie new at Number 7, and Wakefield trio The Cribs celebrate a third Top 10 album as For All My Sisters goes in at Number 9.

Siblings The Staves achieve their first ever Top 40 album, with If I Was going in at Number 14, and Australian singer-songwriter Courtney Barnett also makes her Top 40 debut – Sometimes I Sit And Think, And Sometimes I Just Sit is in at Number 16.

It’s a 23rd Top 40 entry on the Official Albums Chart for Kylie Minogue; Kiss Me Once –Live At The SSE Hydro is new at Number 26.

US rocker Joe Bonamassa’s Muddy Wolf At Red Rocks is in at Number 27, while new at Number 29, Sheffield metal outfit While She Sleeps score a second Top 40 album with Brainwashed.