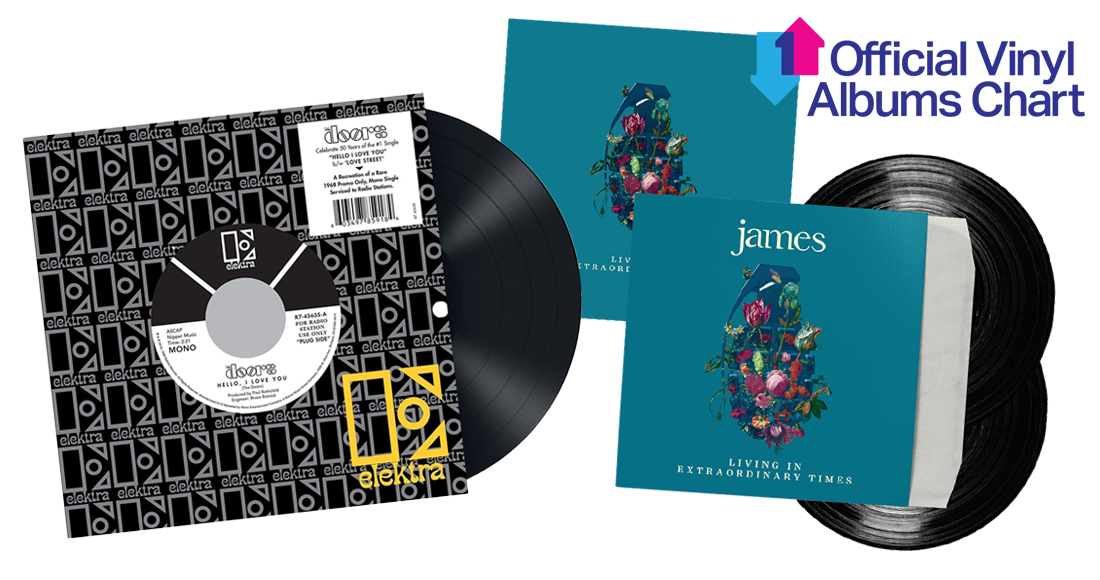 The Mancunian band are back with their 15th studio album which, as the title suggests, touches on social issues at a time of global unrest and offers personal introspection.

The record became their ninth Top 10 over on this week’s Official Albums Chart, where it debuted at Number 6.

The Number 2 spot this week belongs to Deaf Havana’s Rituals, another new release. Rituals marks a departure from Deaf Havana’s signature sound and takes the band in a different – slightly more pop – direction.

The Top 5 of this week’s Official Vinyl Albums Chart is full of fresh entries - The Beach Boys iconic 1966 record Pet Sounds is at 3, and the unstoppable Mamma Mia! Here We Go Again soundtrack lands at 4. The Call Me By Your Name film soundtrack, a peach-scented limited edition vinyl release, completes the Top 5.

Elsewhere on the vinyl singles chart, The Beatles’ Yellow Submarine is still going strong at Number 2, and Morrissey’s All the Young People Must Fall in Love climbs two places to Number 3.