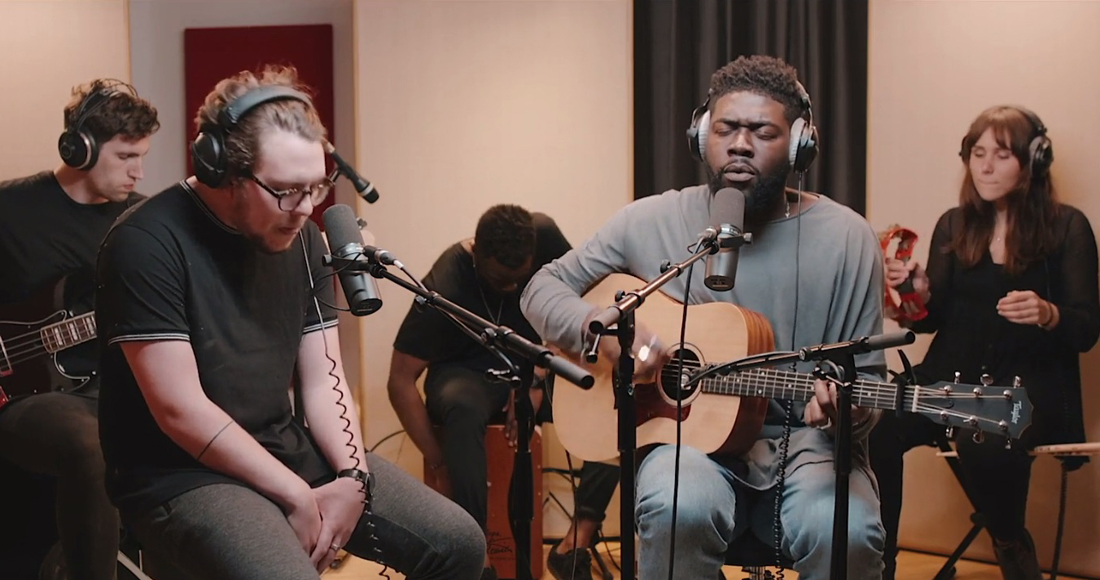 If you missed the release of Jake Isaac's debut album Our Lives earlier this year, you missed out on a treat.

The South Londoner has been picking up plaudits for his collection of feisty soul-pop since its release in May; including Elton John, who is such a fan of the record that he invited him to open seven UK stadium shows (plus a handful more in Europe) of his Wonderful Crazy Night tour this summer.

Ahead of Jake's own headline UK tour, which kicks off this week, he's been recording a series of live sessions of tracks from Our Lives re-worked with his pop pals Ella Eyre, Maverick Sabre and Joel Baker.

MORE: See which new songs are making a big impact on this week's Official Trending Chart

The final session of the series, premiered below, is of I Got You with indie-pop singer Saint Raymond. Filmed and recorded at Rocket Studios - a place co-founded a regularly frequented by Elton himself - it's a slice of breezy folk-tinged soul with a warmth that won't fail to lift your spirits. Watch below:

Jake Isaac's Our Lives album is out now. His UK tour kicks off in Glasgow on September 15 and includes a date at London's Assembly Hall on September 20. More info on his official website.