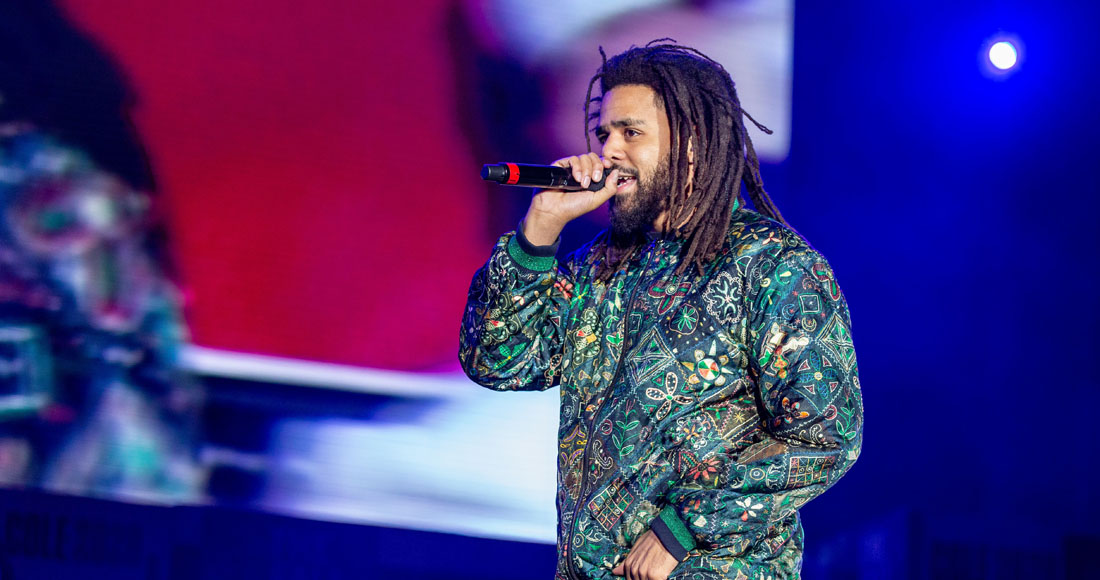 As J. Cole prepares to take over the Official UK Chart this week with his new collection The Off-Season, OfficialCharts.com counts down the US rapper, singer and producer's biggest songs so far.

Since his mainstream breakthrough in 2011, J. Cole (full name Jermaine Cole) has become one of the most influential rappers of the past decade. His success in the US includes an unbroken run of five Number 1 albums, while in the UK he continues to outperform each release, with his last album KOD topping out at Number 2 in 2018. View J. Cole's Official Chart history in full here.

On the UK's Official CHart his debut album Cole World - The Sideline Story peaked at a modest Number 25, though the record does contain one of his most popular hits: lead single Work Out is his fifth biggest single (455k chart sales), despite failing to make the Top 100. While fans may love the track, Cole has since admitted it's far from his favourite, particularly when he discovered his rap hero Nas wasn't a fan, which later inspired the song Let Nas Down for his follow up album Born Sinner.

J. Cole's first UK Top 100 Singles Chart entry arrived in 2013, when Miguel collaboration Power Trip topped out at Number 46. The track, which displays his knack for storytelling with some of his most radio friendly production, is his sixth biggest song with 359,000 chart sales, including 30.3 million streams.

The rapper's first UK Top 40 single came in 2016 with Deja Vu, the lead single from his fourth album 4 Your Eyez Only, which ranks as his seventh biggest song with 344,000 chart sales. His first Top 10 was 2019's Middle Child; a track recorded a compilation album featuring artists from Cole's label Dreamville that places third with 523,000 chart sales, including 68.3 million streams.

At the top end - and perhaps surprisingly given they missed the chart entirely - are two songs from 2014's Forest Hills Drive album. In second place is the coming-of-age Wet Dreamz (702,000), a song years in the making that was originally intended for his debut, while Forest Hills' third single No Role Modelz takes the top spot overall with 855,000 chart sales, including 92.5 million streams.