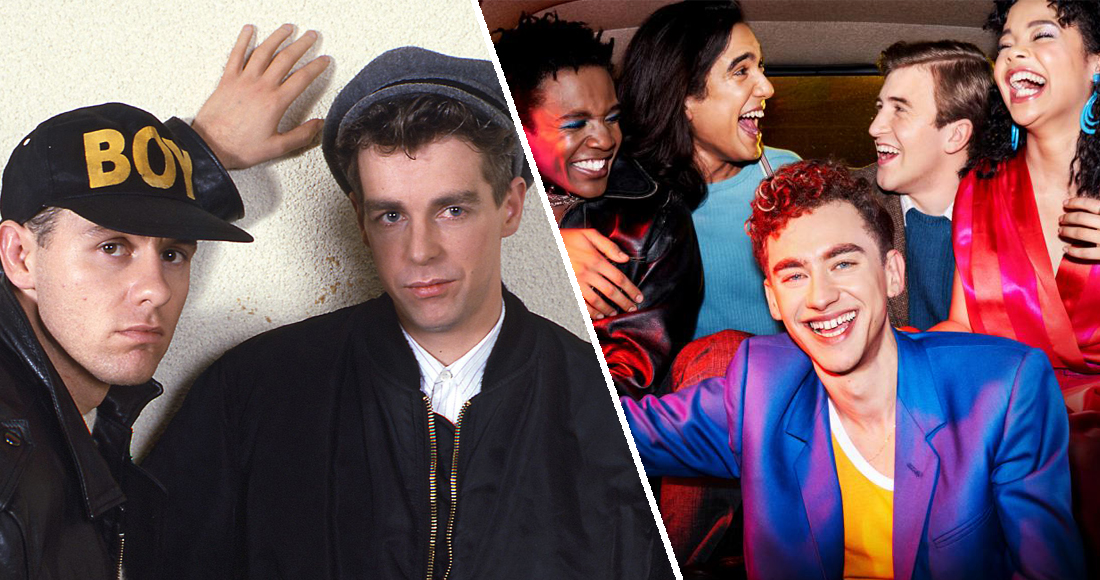 As the powerful new TV series It's A Sin continues to grip viewers, interest its namesake song by the Pet Shop Boys has surged, OfficialCharts.com can reveal.

The show's huge success and widespread acclaim has led to long-time PSB followers returning to the 1987 chart-topper, as well as a new generation of fans being introduced to the track.

Sales and streams of It's A Sin are up 249% in the UK since the series debuted three weeks ago, compared to the same three-week period last year. Looking at when the show first aired on January 22, the following week saw an uplift of 115% for the song. 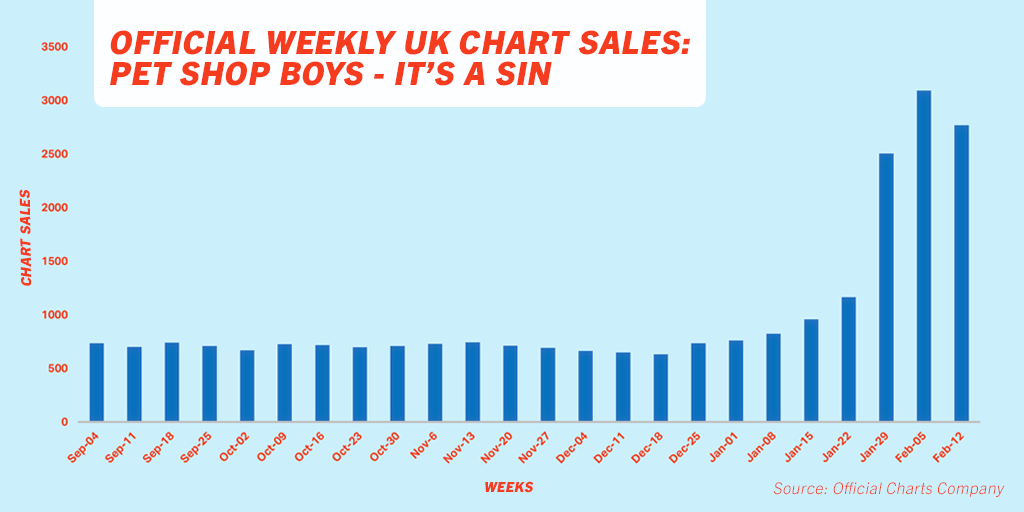 Streaming is the main driver powering the song’s resurgence, with weekly plays of It's A Sin more than doubling since the show began. The average weekly streams of It’s A Sin prior to the show's airing was 93,000 plays a week in the UK. Since the show started three weeks ago, that figure has increased to an average of 310,000 plays a week.

It's A Sin served as the lead single from Pet Shop Boys' second album Actually. The track became their second Number 1 single, spending three weeks at the summit, and was the UK's eighth best-selling single of 1987, selling half a million copies.

The duo are currently gearing up to release a live DVD/2-CD of their Discovery: Live In Rio 1994 concert on April 30.

Set in 1980s London, the five-part drama follows a group of young friends as they embrace the capital’s gay scene and confront the terror of AIDS. The cast is led by Years & Years frontman Olly Alexander and features cameos from Stephen Fry and Neil Patrick Harris.

The series has been met with widespread acclaim and has attracted millions of viewers - recently it was revealed the show is Channel 4’s best-performing drama among young people (those aged 16-34) in three years.

Unsurprisingly, the show's soundtrack is proving hugely popular with viewers. The collection includes some of the biggest hits of the '80s, including Kelly Marie's Feels Like I'm In Love, Bronski Beat's Smalltown Boy, and Enola Gay by Orchestral Manoeuvres In The Dark, as well as a stripped-down cover of It's A Sin by Years & Years. Listen below: