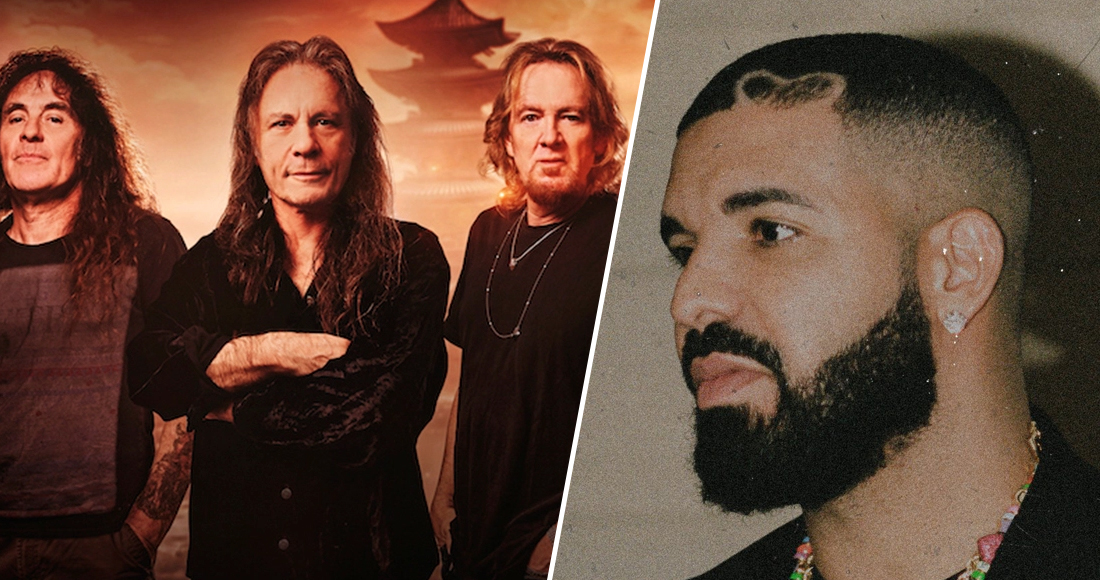 Iron Maiden and Drake are going head-to-head in a gargantuan chart battle for Number 1 on this week’s Official Albums Chart.

Iron Maiden lead on physical sales and downloads, while Drake has the upper hand on streaming. So far this week, 8,000 chart sales separate the two albums, but everything is still to play for.

Drake won’t miss out on the top spot without a fight as he guns for his fourth UK Number 1 album to join Views (2016), Scorpion (2018) and Dark Lane Demo Tapes (2020). Certified Lover Boy is all but certain to mark Drake’s tenth appearance in the Official Albums Chart Top 10.

In at Number 3 midweek is Little Simz with Sometime I Might Be Introvert, set to become the first UK Top 40 album for the London rapper – real name Simbiatu Abisola Abiola Ajikawo. Another new release in the Top 5 comes courtesy of Newcastle rockers The Wildhearts with 21st Century Love Songs, on track to become their fourth Top 40 album and highest-charting to date.

US rock group Imagine Dragons are vying for a fifth consecutive UK Top 10 album with Mercury – Act 1 (8) while Rudimental are on the cusp of their fourth top flight album with Ground Control (10).

Yorkshire alt rock group Embrace are heading for their ninth UK Top 40 entry with live album Best Of (Live from the Cellar of Dreams) at 11, a reissue of Cardiff rock band Super Furry Animals’ 2001 album Rings Around The World is at 17, and Lady Gaga remix album Dawn of Chromatica lands at 29 midweek.

Finally, posthumous chart entries are in the pipeline for Gerry Rafferty with Rest In Blue (25) and a reissue of Dublin blues guitarist Rory Gallagher’s self-titled 1971 album (34).